What SME Growth Executives Can Learn From Apple's Missteps 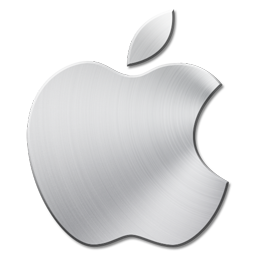 Over the last 11 months, Apple, Inc., has lost almost $200 billion of value. To understand the size of this loss consider this - there were only 13 companies in the Fortune 500 that were worth more than $200 billion as of March of 2015. Think about that for a moment.

Now I certainly understand if you’re reading this thinking, “Unless I own stock in Apple, why does this matter to me?”

The answer is actually quite direct. For years, I have used Apple as an example of what companies of all sizes should do to create their versions of what I like to call a demand creation monopoly. The last year hasn’t been so kind, and assessing the causes can provide some valuable lessons into how we can run our businesses better.

To be fair to Apple, they are still the most valuable company in the world, have some extraordinarily popular products and very loyal customers. So while I share what I believe to be growing weaknesses at Apple, they still control their destiny and are operating from a position of strength.

Let’s look at some of the signs of trouble at Apple:

What prompted me to write this post is the latest rumor that Apple is developing an electric car. And while this is exciting to many, I actually think it’s a bad decision. It’s the type of shiny decision that prompts many executives from small and mid-sized businesses (SMEs) to seek fake growth and weaken their business.

Why Has Apple Been So Successful

To understand this mistake, we must first focus on why Apple has been so ridiculously successful in the first place. Believe it or not, their products are not why they’re successful. Many people have made superior products (and Apple confirmed that when they followed the lead from Galaxy).

The underlying cause of Apple’s dominance has been the maniacal focus and understanding of who their customer is. I’ve always said that the most important question any business can answer is “who do we want to be a hero to?” And no company demonstrated the clarity and focus on that answer that Apple has since Steve Jobs returned.

That clarity allowed Apple to be laser focused on the problems, desires and wishes of their rabid fan base. They were so good at it that people literally believed that Apple knew what they wanted better than they themselves did.

I used to joke that the only reason Apple would release a new product was because I needed it. That led me to buy products immediately upon release. I, and many others like me, owned every version of the iPhone, iPad, iMac and Powerbook. I spent A LOT of money on Apple products.

But that’s no longer true. I’ve only bought one new model of the iPhone in the last three years, haven’t considered a new iPad and I don’t even know what options exist on the computer front - there are simply too many now for me to know (and be tempted by) what’s available.

The Core Mistake Apple Is Making

I can no longer figure out who Apple is trying to be a hero to. The epitome of a “why based company” seems to be losing its plot.

Apple’s famous approach to design was driven by the clarity and desire to solve a problem (one that often no one else noticed until Apple solved it) for its core customer. But what problem is Apple uniquely solving today?

The only answer I can come up with is that it solves Apple’s problem of releasing products at a pace that will continue to keep its stock price up. The last 11 months tell us it’s not solving that problem so well.

What Altar Do You Pray At?

Apple was never a company that focused on volume. Rather they focused on margins. They sacrificed short-term volume for long-term impact. Apple didn’t release cheap products to appeal to the low end of the market because the low end wasn’t their core customer. Then they released the iPhone 4c.

As a business, you’re either praying at the altar of volume (being something to everyone and fighting commoditization) or the altar of margin (being the best to a defined group of customers).

To be clear, you can be successful with either approach, though I’m partial to the latter. What you can’t do is sustain success trying to be both - and that appears to be precisely what Apple is trying to do.

What Can Apple Do & What Should You Do

Get back to basics. Get really, totally, insanely clear on who you want to be a hero to. Understand that group of people better than they understand themselves. Identify the problems they want solved that no one is solving adequately and make that the focus of everything you do.

There’s always a lot of conversation about the genius of Steve Jobs. Despite that I think people miss what his biggest genius was. He wasn’t a genius programmer or even designer. Rather he was probably the single greatest managing editor that’s ever lived. His ability to determine what shouldn’t be pursued is what enabled Apple to change the world.

I hope Tim Cook, or whoever follows him, gets back to that playbook.

By the way, I wrote this ebook a few years ago that in many ways was inspired by the formula that made Apple so successful. If you’d like to see the success formula in more depth, please download and read it.

Is It The Beginning (or Middle) of The End for Apple

Longtime readers of this blog know that I’m a big fan of Apple and often (some would say too often)...

The Five Lessons Everybody in Sales Should Learn From Columbo

Last week while I was enjoying a relaxing weekend, I noticed that one network was having a marathon...