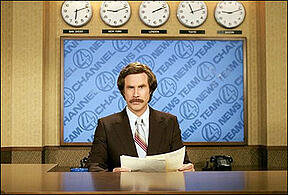 I met with the CEO of a small company in the Southeast recently who is really doing some interesting things.  She found a unique set of needs that weren't being met and she is aggressively working to fill the niche.  This is a niche with tremendous potential in the both the consumer and corporate markets.  She's doing an awfully lot right.  Chief among the "right things" she's doing is that (for her size) she is fully funding marketing initiatives.  Doing almost $3 million dollars in revenue, she's budgeted almost $400,000 for marketing (something few small businesses would do).

As I talked more with her about her growth strategy, I began to worry.  Every tactic she is funding is an old school marketing tactic.  She's got her print advertising budget, she's beginning to do television in certain markets. Of course, there's the direct mail, and so on.  Now, she's got the obligatory Facebook page, a blog that gets posts infrequently and she's "on Twitter."  But, she's not funding those initiatives with either time, money, or strategic attention.  I commented to her that I'm concerned she's doing all of the right things from "yesterday" expecting them to succeed tomorrow.  David Meerman Scott talks about these "old" tactics in an excellent keynote speech at the Business Marketing Association 2009 conference.  He asks, "Why do we keep spending so much time on the 3% and 20% tactics (traditional advertising and direct mail), and not the 80% and 100% tactics (engaging online)?"

She's not the only one who is doing this.  Amazon (while doing a lot of things right in their core business) appears to be following yesterday's path to success with the strategy they are imploring with Kindle (for an interesting read on this subject, check out Joe Wikert's post about how Amazon is screwing up the Kindle strategy).  As best I can tell, Amazon is trying Gillette's strategy to market dominance (with the obvious exception that they are not giving away the "razor" - in this case the e-reader device).  Gillette lived the strategy of "give the razor away for free and sell the razor blades."  Of course, the strategy required that Gillette's razors only work with their blades.  Amazon is trying to dictate and control all aspects of the Kindle platform.  As a Kindle 1.0 buyer (officially making me an early adopter), I initially fell in love with it, but have since found my love beginning to dissipate.

Why?  Primarily because it hasn't changed since I bought it.  What I mean by this is that I have not been able to really make the device mine.  When it first came out, it was really cool that I could carry 200+ books and read them digitally.  Sure, I'd have to give up on the quality (as all the publishers did was a quick conversion from print to digital), but it was worth it.  Today, well, it's the same thing.  The only improvements Amazon has introduced is a sleeker version and a bigger version, but to benefit from those improvements I have to buy the device all over again.

Radio Shack is doing it with their silly attempt to "rebrand" their stores under the name "The Shack."  Apparently, the executives at Radio Shack realized that customers no longer found their store compelling so they launched a $100 million dollar advertising campaign (I guess that was all the money they had because they didn't even change the signs at the stores) to make the stores "more modern," rather than going through the hard work of making the business more compelling.  So far, it's not working as "The Shack" has disappointed again.  Here again, Radio Shack thought they could "control" the message when they can't.

Other companies, both large and small have learned that the key to success in the future is participation and engagement.  They realize that their buyers want to control, and today they have the power to control their environment.  They realize that sellers have to play by new rules.  They must create value in their selling efforts and they must be willing to listen to the market.  Apple does this in the unique way they control their platform (think the apps store), but I get to make my iPhone, well, mine.  Fiskers does this with how they've engaged their community of Fiskateers.  Zappos does this by allowing customers to rate everything, and small businesses everywhere are learning that the big bucks, top-down traditional advertising approach is no longer the most effective or desirable path to create high-value customer relationships.

Tomorrow's success is about balancing the natural control providers want over their platform, with the control all buyers demand today.  While the rules to the game are still being developed, here are a few that are becoming clear:


What rules would you add?