4 Ways Your Sales Team Can Work Smarter, Not Harder 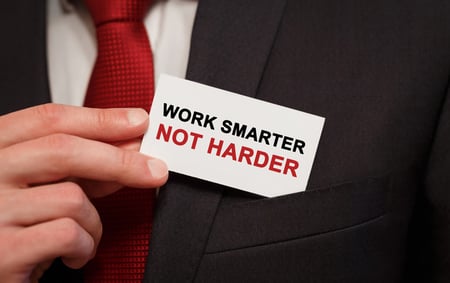 One of the traps in sales training and sales performance is that there's always been a focus on new tips, tricks, and shortcuts. If you go to LinkedIn, you quickly lose count of all the sales and growth hacks—which always sound soooo easy.

The truth is, that even with shortcuts, you’ve got to get through the ugly middle. (If you don’t know what that means, watch The Shawshank Redemption, where they crawl through a half-mile of sewage in search of freedom.)

If you came to this blog thinking I would share some shortcuts, I have bad news: I don’t. But I will share the things that have made sales easier and more effortless for the Imagine team.

But, at least in this context, effortless doesn’t actually mean “without effort.” Bruce Lee himself put in a whole lot of effort, practice, and work to master 10,000 kicks and make them seem effortless. That’s what made him a star.

In other words, working harder and working smarter isn’t an either/or situation. Most of us have to do purposeful hard work to set ourselves up to work smarter.

Ironically, those who are eternally looking to cut corners will end up doing more work in the long run, as they jump from shortcut to shortcut.

With that in mind, here are my 4 best tips on how to work smarter, not harder:

1. Focus on less: When I coach struggling salespeople, one of the things that I typically see is they tend to be very opportunistic. By that, I mean they're trying to take advantage of anything that could be a good opportunity. This might seem smart, in that they’re playing every angle, but top salespeople are more focused.

For inexperienced or less effective salespeople, that approach is counterintuitive because focus means paying attention to less. That’s scary because it feels like good opportunities will get away from you.

But my decades of experience have taught me that the top people focus on the best opportunities. They're not afraid to say no to something early. 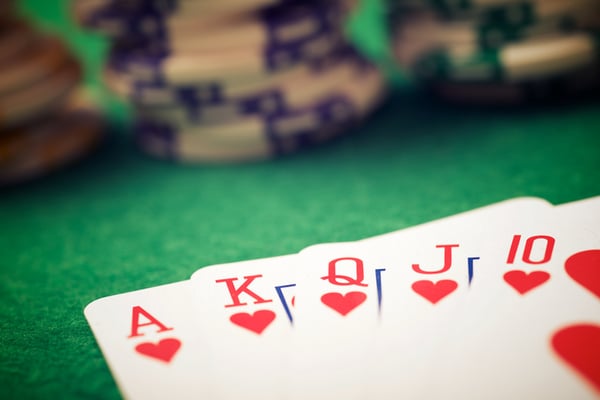 I think about it as similar to poker players. Top poker players fold more than average poker players because they realize their job is as much determining the hand they’ll play as it is actually playing the hand. The lesson: focus on less; know how to define a good opportunity. You must be crystal clear about what you’re seeking. (Read Narrow the Focus - Expand the Yield for a deeper dive.)

2. Be proactive, not reactive - In order to be focused, you must “sharpen the saw” so you are able to answer some crucial questions: What is your message? What's your question track? What are your provoked statements? How do you lead the process? What are you doing to see the world from your target’s perspective? What are you doing to sharpen your capabilities, your skills, and your talents?

If you don't get the answers to these questions straight first, then you're always going to be in a reactive position—and the smartest play in sales is leading the process.

This is also a constantly evolving process, because one of the challenges in go-to-market is that the problems of yesterday for your customers are very often not the problems of today. (In fact, I touched on this in a recent The RevOps Show episode.) A track that worked yesterday may not still be relevant today.

Remember, your job is to provide value to a select few who are likely not only not ready to buy, but who aren’t even aware they have a problem. That means you need to open up new lines of thinking to change how they are considering their situation. Challenge that mentality and find out where they are experiencing friction and are working harder than they need to.

3. Think before you act - A great salesperson is someone who can sell when there's nothing to buy.  In my opinion, the true definition of “selling” means that someone does something different due to your actions. You’re not selling if you just show up when they are ready to buy.

If you want to consistently influence people and make it repeatable, you must create a comprehensive playbook.

This may sound obvious, but over the years, I've reviewed hundreds of sales playbooks and the vast majority basically have one play. At Imagine, we map out and run plays on an ongoing basis. That means we're constantly thinking about different approaches, paths, and more. 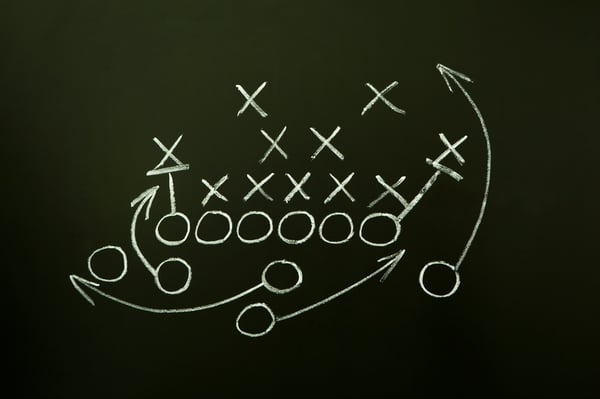 A comprehensive playbook should empower your team and help them put in the upfront effort to make sales seem effortless. This means your salespeople should be capable of having a business conversation with the type of prospects they’re targeting when there’s no imminent sale. In fact, they should be able to have eight to ten conversations with a prospect. (I’m not saying that every prospect requires this, but I am saying that you should create the structure to support this.)

Your goal is to generate engagement, influence, and awareness—in other words, you want to be seen as a valuable, relevant resource. (FYI, being valued isn’t the same as being liked, which I explain in this blog post.)

You know “effortlessness” has occurred when opportunities crop up because of the things that you did earlier—sometimes even years earlier. That means you've done the necessary planning and blue work to generate engagement and conversation.

If you’re not seeing this happen in your business, you should revisit your playbook.

4. Use technology - In the Imagine playbook, we easily have 50 to 70 plays that we can run in various scenarios. It would require an immense amount of brainpower to keep track of so many different plays for so many different prospects. That’s why all these plays have backend automation. I can go into my CRM, look at a prospect, pick a play and run it. I don't have to think about it; the system tells me what I have to do next.

In any full-time sales role, you are in a very reactive paradigm—so reactive that when you think you're being proactive, you're likely still being reactive. That’s why you have to build the process out in advance.

When we respond to a prospect, it looks like improv, but there's actually a lot of structure to that. We've done a lot of the thinking before we get to the point of engagement. In other words, we put in the upfront effort to make it effortless.

As you can see, I wasn’t lying when I said there were no shortcuts. But slogging through that “messy middle” means you’re able to spend less time thinking about what to do next. Instead, you can devote more time to asking challenging questions, digging deeper, and becoming a valuable resource.

How To Stop Overcoming Objections & Double Your Results

Walk into any bookstore, or read any sales oriented magazine and you'll see the primary focus on...

CBS gave Katie Couric more than $15 million per year to lure her away from The Today Show, in an...

What profession is best suited for a liar? How do you know when a salesperson is lying? It’s...