Episode 40: Scott Brinker: The Role of Martech in Marketing & Sales

Why are we doing less as a result of a solution that's supposed to enable us to do more? Guest speaker, Scott Brinker, joins us on this episode to discuss Martech in all its glory. Grab some popcorn as Scott, Mike and Doug debate on technology use in the sales and marketing world. 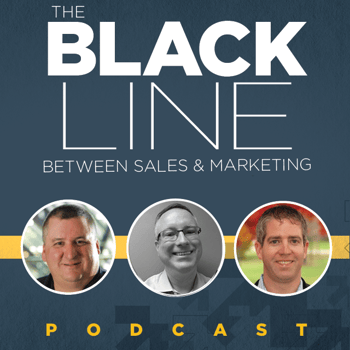 As a tool that was supposed to free us from a lot of things, the percentage of time spent on non-sales activities vs. sales activities has seen a significant increase due to technology. You have to work a lot harder now as a salesperson to get to the right people. Scott believes the digital world has shaped the expectations of customers, and now because of technology, the greatest challenge marketers and salespeople face is that new expectation bar. Doug contradicts by saying that what the buyer wants isn't much different today than from what it was back then; they're looking for a human conversation. Scott contradicts yet again by saying most people don't want to talk to salespeople unless they have to, but he agrees the conversation should be as human as possible.

Also, what's up with freemium? Why have companies started to go to this model? Well, it could potentially be that the most effective thing you can do is let people try the technology. This gets rid of misinterpretations as well as buyers remorse, and in the end if you like it then you'll buy it. But, is this freemium model really turning into the Trojan Horse strategy? Well, it depends. Not everyone is going to try out everything on the market. All we can ask is as you add more technology and create more potential power, does it get unlocked or does it snap?

Episode 7: The Increasing Role of Marketing Within Sales

During episode 7, Mike and Doug discuss Sales and Marketing. Doug says, "Your website used to...

Today is the day we've all been waiting for. Guest Meghan Anderson, VP of Marketing at HubSpot,...