After recording this episode and knowing the knowledge and insights that are in it, I'd have to say this is one of the best episodes you could be listening to. I'm definitely biased here. We have an exciting guest, Jay Acunzo, on the show to talk to us about resonance in our work. What he says throughout this episode is gold, and you do not want to miss it. 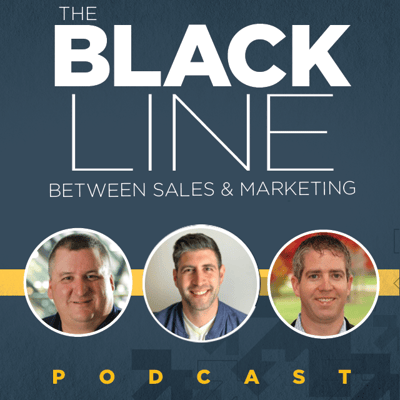 Jay, we had such a great time with you on the show. Thank you for joining us and sharing your knowledge on resonance.

About Jay Acunzo: Jay hosts a podcast called Unthinkable (link in the editor's note) and creates many other projects, but they all roll up to the same mission which is to help more people make what matters most. He wants more people to create things and make things that make a difference. Through giving speeches, creating shows, writing books, writing blog posts, and just being ever present on the internet, he helps others increase the signal of the internet.

By increase the signal of the internet he means everyone's individual experiences. Your internet experience is very different from the person next to you. We all consume differently. There's not really an internet; there's just your experience of it.

Doug has a theory that says, "The easier it is to do something, the greater the preponderance of crap that you'll experience." Does that fit what you're seeing? How do you navigate that?

What we're really talking about here, according to Jay, are individual creators up to giant teams of creative people. Whether that's marketing, sales, or something else, we're living in an era where it's become very apparent that growing reach and audience is learnable. What is not so apparent is that increasing resonance is also learnable. That has real impact. They're not just trying to coerce their way into someone's life and sell them a widget and move on. They're trying to help people; to solve problems. How do we equip those people to stand out, connect, and build an audience that has real affinity? That's the goal. Awareness is a proxy for what we really want which is affinity. We need to realize that depth of connection that's sparking action is where results come from and is just as learnable as all the spammers out there.

What Doug is hearing is that we're talking about the long tail. Reach is the byproduct of good content and creation. It shouldn't be the objective. Resonate, and as people love you, as you bring real, true value, that word will spread to the right people. For anyone not familiar with the long tail, historically we think about hits and then as the internet came in you now have all these independent creators. It flipped where you used to make money on your record contract because of cost of distribution, and now you make money on your following. So a long tail for someone like a musician is that the audience isn't huge, but they're dedicated.

For Jay, he's far less interested in creating more one off spikes and far more interested in how you arch the shape of the entire line in the right direction. If we optimize for the height of the peaks, we need to be concerned with the depths of the valleys. Look at direct spam. If you DM tons of people to sell, you're turning strategy into being annoyed. There may be a few that convert, but you're leaving a wake of destruction behind you. Great that you sold 5 people, but you also annoyed the hell out of everyone else. Those people won't want to hear from you again, and if you're really bad, they're going to tell people to stay clear of you.

Optimizing for the one off spike is not sustainable; that's not a strategy.

Switching gears, everyone starts to discuss a recent podcast from Unthinkable around the Savannah Bananas and what they're doing to try and push baseball to become more entertaining and more fan centric. Doug asks the question around whether the group is trying to push baseball or whether they are trying to create something different from baseball.

To that Jay responds that it depends on who you are asking. They're trying to create a love and save the sport by being more fan centric. They're working within the confines of the sport. They're standing for something. When you stand for something, and when you have a binding belief, some people will go f^ck yes and some will go f^ck no.

It's easy to stand for something and to have a mission. It's easy to get on board, but what isn't so easy is when you have to make actual real business changes.

Doug agrees with this and mentions that he's had several conversations with clients on this, and foundationally people forget that strategy is all about making a choice. The yes part is easy and feels right and you feel really good doing it. But if you're only saying the yes part, then you haven't really made a choice. You have to take the no part too, and that's the scary piece. He says the same thing when it comes to ideal client profiles. He's not interested as much to who your ideal customers are, he's far more interested in who is not your ideal client profile.

Here Jay stops to make sure that for all of you listening to know that it's in your best interest to stand for something.

Jay likes to put what a company is doing into a brand story. Think of yourself as a guide on a journey where you're looking to reach a destination. You're raising your hand and saying where we're at is broken. The status quo needs to change. Out in the distance there's a mountain peak - something better. The part where people have a problem is in between the peak and where they currently are because there's a dense jungle and there's no idea of how to reach the peak. For Doug this is how he describes it only your customer is Luke Skywalker and you are Yoda.

How does someone, a creator, who wants to resonate, but suffer from the curse of knowledge deliver their stuff in a way that can be understood to the consumer?

Jay think of it like when he speaks. You should be telling a universal message that feels specific to each individual. You need to have the audience get on board with the idea and then resonate with them deeper to spark action. You have to have them align with you to start. Start by talking about the mountain peak. This is where we want to go, this is the goal we have and this is how we're going to get there.

We've been taught to focus on KPIs, but KPIs are the wrong thing to focus on when you're starting out. What are the signals that you look for to know that you're building a resonant audience?

Jay loves this and gives some great insights here. There's two types of metrics. There are metrics you purchase and there are ones you can only earn. To understand if you're resonating deeper, if you have a good foundation of an audience that is loyal, that will come back to you, that will take action, you should be measuring those things that are only earned. You can buy downloads to your podcast, but you can't buy episode completions.

Jay calls out that he "gets his two." If he published something and gets two passionate responses anywhere, not a retweet or a like, but an actual reply, that's success because one data point is an outlier and two makes a trend. Because those responses are earned.

And you'll want to watch the video for this part - Doug asks Jay to do the perfect cast. It's a brilliant way to finish off the episode and is a great dance move that everyone should learn. (Or maybe not.)

We welcome Luke Summerfield to the latest episode of the podcast to talk about Growth Driven Design...

Today is the day we've all been waiting for. Guest Meghan Anderson, VP of Marketing at HubSpot,...