Doug and Mike see a lot of companies that are stuck in their old ways with sales. In this episode, they discuss Lead Activation Syndrome and how to fix a bulging funnel. 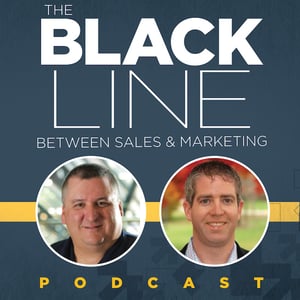 In this episode, Doug and Mike talk about Lead Activation Syndrome. Doug says people now understand the need for lead generation, but can’t keep up with the number of leads they’re getting. Mike says - salespeople need more qualified leads. They have an existing database, but don't do anything with it, so they focus on lead generation to find 'quick wins'.

We talked to Steve Pao from Igneous in a previous podcast about lead generation and how he looks at his funnel. Check out that podcast here.

Doug says generating leads isn't the hard part. The top of funnel is developed. We now have databases that are larger than our funnels are, but we have no mechanism to activate those top of funnel leads to translate into sales conversations. Doug refers to this as the "bulging funnel disorder". Here is the image that Doug refers to:

Episode 58: A Framework For Building Your MarTech Stack