Is the flywheel a good metaphor for the business funnel? What even is a flywheel? Guest Kevin Dunn from HubSpot joins Doug and Mike in this episode to talk about reducing friction and applying force to keep your flywheel spinning. 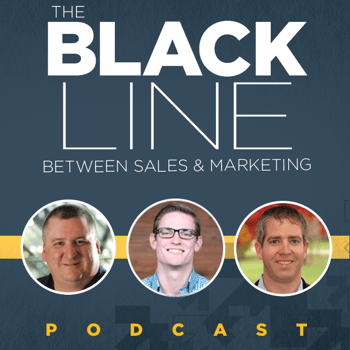 Kevin kicks off the discussion by explaining that the flywheel is a framework or methodology for how a business should be thinking about the way they deliver the best customer service experience they can. It's a rotational source of energy with two main factors: force and friction. To spin and grow as fast as you can, you have to remove/reduce friction and apply more force. While Doug agrees with Kevin that the flywheel is important and is good for business growth, he doesn't think it's a good metaphor for replacing the funnel. Mike jumps in to agree with Kevin by making the point that every good business has always kind of implemented the flywheel which later, after some debate, he changes to say what business that is alive today that's continuously growing implements a flywheel with good customer service.

The conversation later takes a turn with friction and the question arises: how many problems do you have that you would actively try to do something about? There's so many places where instead of doing something, we satisfice. The friction doesn't go away. Doug throws out the question - with all things being equal, is taking away bad friction good? Kevin, Mike and Doug all agree that this would be a good thing, and Kevin adds on to it by saying it's removing the pain that's hurting your experience for the customer that's good. The goal isn't to be totally frictionless, it's to delight the customer.

The metrics we use suck, and measuring emails individually isn't what we should be focusing on. In...