Companies have a lot more quality data than they think, but most people use excuses to not have to do the work to sort through it all. For the first time ever, the show introduces not one, but two guests on today's episode. Raj Aggarwal and Henry Cipolla from DemandSage join Mike and Doug as they discuss using data intelligently and what businesses should focus on when it comes to making better decisions with their data. 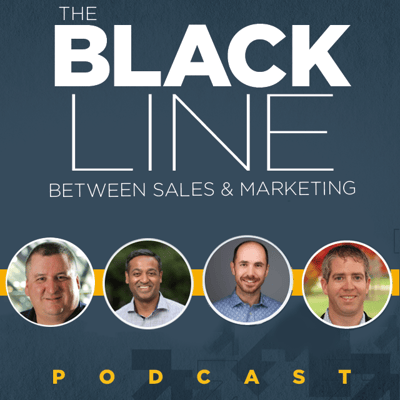 What is data science? Henry explains it as, "taking the scientific method (the one you learn in school) and applying it to your data." It's taking the data set you've collected to find answers around what's working and what's not, what you should do more of and less of. And a lot of companies actually have more quality data than they realize, yet there's still a lot of data that sucks as a byproduct of people's processes sucking. As Raj explains, it's better to have less data and because of the sea of data that most companies have, he agrees with Doug that it's making people dumber because they think they can just put it all into a machine and it'll spit out answers. What you need to do is test hypotheses.

Before you start looking at the data/process, you have to think about the question you're looking to answer. Henry adds that you also need to have a general methodology for measuring the data. So having too much can be dangerous because when you take a good measure and turn it into an objective, they become useless. Rather, you should be viewing those metrics as signals.

If there's one thing everyone should get from this episode, it's that data science is a hypothesis-driven use of data which means if you don't have a hypothesis before reviewing the data, the data is not going to serve you well. The question "Did it work?" is a bad question because it feeds into a deterministic viewpoint. A far more operative question is "What did we learn?" which more naturally feeds the next hypothesis. It's not about a success or fail, rather a learning point.

Ultimately when it comes to your data, you need to make good hypotheses to keep moving in the right direction towards your goals. Are you putting one foot in front of the other, not as to run faster, but to cover more ground? If you hypothesize, execute and learn, it's not hard to make progress as long as you have clear objectives. Having a good hypothesis is the fundamental core of progress.

We had so much fun on this episode debating data and hypotheses. DemandSage helps solve these issues discussed by pulling your data, starting with HubSpot, into sheets. From there it gives you one click access to reports that allow you to get deeper insight into various parts of your sales and marketing operations. Because they're in a spreadsheet, there's tons of flexibility for more basic and advanced users where you can create more customized reports that give you better answers/answers your hypotheses more quickly. These efforts give a sales/marketing leader the ability to save a ton of time and get more quickly to insights that matter.

Episode 20: Being Data-Driven Versus Being Goal Driven

In this episode of the podcast, Mike and Doug talk about being data-driven versus being goal...

Would you know how to respond to this: why are the metrics you care about so important to you? Mike...