Episode 72: Interview with Christina Garnett - The Truth About Communities

Today’s episode is extra special as the one and only Christina Garnett joins us as a guest on the show. You may know her from bringing #MarketingTwitter together and making it into a bigger and better community. She is also the Senior Marketing Manager for Offline Community and Advocacy at HubSpot. This episode is packed with lots of insights on what is right and wrong when building a community, how companies can join in and much more. 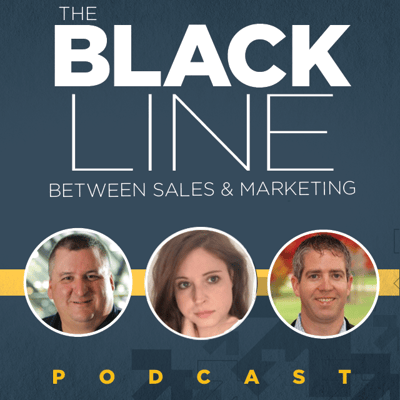 Community is about the one or two topics that people have in common with each other. These commonalities gravitate them towards finding their tribe. It’s a place where you bring people together with a central love or central hate for something. Off of those conversations micro-communities are created for other items that those people have in common.

What’s the business application to community?

CMX put out a community industry report for the year that includes a model called The Spaces Model. The report breaks down what a community is as a support not only to take the weight off of your team, but as a think tank for your product/service. There are a few different pieces that go into this model including:

Think of a community as a garden. You’re going to plant what you want to plant, but you have to have ground rules. You have to be clear about what you want this to serve. You can also think of a community like being invited to a party. "If you invite me to a party I’m going to have questions around what to wear, who else will be there, if I need to bring something, etc." You need to be clear about what those in the community can do, along with the expectations and boundaries to how they can behave and respond. When you bring people in, you have to have a plan which is why growth hacking to community is mismanaged.

They can be. In Christina's opinion, Google Reviews are because they have guides and badges, engage their audience, have gamification and the opportunity to connect with others. Yelp is kind of a community for the same reasons but the difference is that Yelp is more thought leadership. The biggest issue with Yelp is the people on there want to be at a premium level that puts them as more of a media journalist.

Between media and community, we’re seeing the rebirth of the thought that you have to build community and communities are turning into a tactic. Are they an objective or a byproduct?

They’re both. It’s the buzzword of the day. Christina is hopeful because it’s a long game, so although community is a buzzword now, she hopes we’ll be left with those who care about communities and not those who create them adhoc. The people who have the capacity to plant the seeds for a community earlier on will be more successful. Those adding it on as an adhoc feature need to realize it bleeds into every other place in the business. Your community is an extension of your user base. It needs to be integrated fully, and you have to have a strong understanding of the people.

When you’re focused on the end goal, it’s the wrong tactic to use. It’s when you build a community for an end goal is when it’ll fail because the success doesn’t come quick. Also, community happens or it doesn’t happen. Businesses don’t get to control whether it happens. It’s about fostering. For a community to work you need to see people as people and not as numbers. If there’s already a community started, you have to enter that space from the perspective of needing to understand who is part of that community more.

This is similar to what happened with #MarketingTwitter. It was already started as a small community and Christina wanted others to see and comment and be part of this great thing. So she shared it because she wanted others to feel accepted like she was. There was no hidden agenda.

There’s a bit of a disagreement around building communities as Doug shares that it would be a mistake for him to build a community. Both Mike and Christina agree that he already has a micro-community and doesn’t even know it. He just hasn’t provided the plumbing for them to give them a home. But Doug disagrees in that he doesn’t have the time or resources to nurture that community. You can check off every box and execute what you should do to create a community excellently and still end up without a community because you have to CARE. To build a community you have to freely give at a certain level.

We are tribe creatures. You either need to build a community or be in a community. For most businesses this a powerful and missed opportunity to find where their business fits and share within a community that already exists.

What’s the first thing two or more fans of something do when they get together? They complain about whatever it is they’re fans of. You wouldn’t complain about something if you loved everything about it. And this is the ugly side of communities. If you can’t be comfortable listening to two people going back and forth on what they find wrong with you, you aren’t going to be able to sustain your community. This goes back to control. You have to be there to support them and you have to see the negative feedback as a learning opportunity. That’s where you’ll find growth and innovation.

If you’re planning to start a community you should make a list of what problems you want to solve and the motivation behind why you want to build a community. It has to be more than a tactic. Really think about your why and then look to see where your people are now. What are their needs? Do an audit and look for your company name or keywords and observe. What’s missing and where are the gaps that you can fill? You have to show that you’re invested and social listening is crucial to this. You need to be agile and you need to care about serving them as a whole.

Episode 8: Technology Landscape - What it Means to Growth Companies

We are thrilled to introduce Scott Brinker as our guest for episode 8 of the podcast. Mike and Doug...

In episode 10, Pete Caputa, Doug and Mike discuss why, especially if you're part of a software...

Episode 54: No Shortcuts - The Keys to Thriving Through Disruptive Times