The Most Important Sales Enablement Question for Your Business 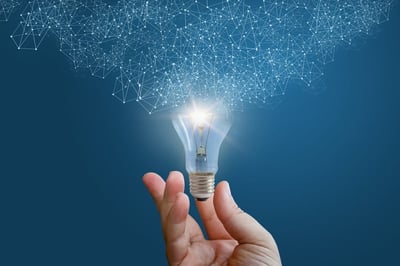 The 2001 Oakland A’s had a problem. They’d won their division in 2000, but they were losing the league’s most valuable player, Jason Giambi, to the hated New York Yankees. What’s more, the A’s did not have the money or resources that their competitors had.

The front office, led by Billy Beane, had to figure out how they would replace Giambi and maintain the A’s winning ways. This is where he famously turned to his assistant GM, Paul DePodesta to develop a plan of attack.

This, of course, is the story that led to the bestselling book and movie: Moneyball. While DePodesta and Beane have achieved near hero status and as a result, went on to set a record for most consecutive wins (broken by the Cleveland Indians this past season) and repeat as division winner; they also highlighted essential lessons for every business executive.

In 2016, I spoke at Inbound16 to introduce and define the key principles that have come together to become the growing discipline of Sales Enablement. In that session, I defined Sales Enablement as the ongoing effort of aligning and optimizing all facets of an organization’s revenue generation process. It is focused on increasing the efficiency and acceleration of revenue generation tactics.

I also highlighted that sales enablement isn't anything new. The world of sports and particularly baseball, have been implementing their version of sales enablement for more than a decade. They called it Moneyball.

So, let’s take a step back and think about the critical question that DePodesta was seeking to answer that led to the breakthrough and in turn, led to the book:

The Oakland A’s were heavily restricted by the money they had available to compete; an experience that just about any small or mid-market business can identify with. DePodesta worked to figure out how to use their limited budget to maximize the probability of winning enough games to win the division.

DePodesta knew that he couldn’t control whether the A’s won or not. The beauty of baseball, much like any business or sales situation, is that you can do everything right and still lose (or do it wrong and win). The key was figuring out what key “action” they needed that would maximize the probability of winning enough games to win the division.

While the “new” measurements of baseball, like on-base percentage, walks, OPS, etc., are what people talk about, DePodesta’s genius was that before he determined the key metrics to focus on, he first established the action he desired. By the way, that action was runs. He realized that if the A’s could score a targeted number of runs over the season, the odds would be in his favor. Everything else they did was reverse engineered from that focus.

Applying this Sales Enablement Strategy to Your Playbook

Last week I had a fascinating and engaging conversation with my new head of Sales Services, Ryan Donohue. Ryan’s got an amazing track record in scaling sales development teams across multiple companies. We were discussing our email strategy and approach.

Ryan and I come from slightly different “schools” and therefore have varying approaches to crafting effective emails. We were discussing (and advocating) for our respective methods, while also considering how the changing nature of the buyer could (or should) impact our approach.

Ryan’s a great fit here among many reasons because his natural approach is that data should drive decisions. When the topic got to email length (Ryan is a believer in shorter emails) and I shared that well-crafted emails can be longer, (not long, but longer) he gave the perfect retort, “Let’s test it and we’ll let the data decide.”

This is where the conversation got fun (and where today’s lesson applies). I asked Ryan, “Perfect!  What metric do we use to determine which approach ‘wins’?” Ryan understands that rudimentary metrics like open and click rates are primarily vanity metrics and after some thought, he replied, “The metrics I rely on most are replies and conversations.”

For clarification, I asked, “So you’ll judge which email approach is better by which one gets more replies and which one leads to more ‘connect’?” Now Ryan hasn’t been here long, but he’s gotten to know that when I conclude a conversation like we were having so quickly, I usually have something up my sleeve, so he paused to give it more thought before saying yes to the question.

As we dug deeper into the topic, we focused on answering the question, “What is the purpose of the emails we send?” Our initial answers were probably quite similar to what most people think of when they think of email. We wanted people to open the email, we wanted someone to reply and ultimately, (we thought) we wanted emails to make it easier for SDRs to connect with leads. At this point, everything in our conversation supported Ryan’s conclusion.

Then we focused on the implications of that conclusion. Did we, in fact, want to optimize our SDR cadence emails for opens, replies and conversations? We realized that it’s oftentimes easier to connect with someone who isn’t qualified or isn’t a fit, than someone who is. After looking at the data, we also concluded that (in the situation we were analyzing at least) conversations often started below the authority level we were aiming for.

Simply maximizing opens, replies or even conversations did not mean success. Sure, those metrics often correlate to success (and please note that I am not saying this metrics don’t matter), but there is no causation. The action we wanted (our equivalent to DePodesta’s “runs”) was successful Discovery calls.

After a pained look crossed Ryan’s face, he commented, “Doug, this changes everything I’ve done before in how I test emails. We’ve got to look at it differently and we also have to realize that the email alone isn’t the only variable to move that metric.” And Ryan is 100% correct.

This mindset applies to far more than the cold emails you send as part of an outreach strategy. Consider:

When you take this approach, you realize that your tactics can have very different purposes and objectives. Starting off with an understanding of what that action is, creates the clarity that’s needed to establish the right metrics, make the proper adjustments and ultimately, achieve the success you’re seeking.

On the surface it sounds nice.  Combining Zappos.com with Amazon sure sounds like a powerful...

Defining Your Field of Play

In The Five Unbreakable Rules for Creating Demand, I share that the first unbreakable rule is to: ...

WSSD – What Should Starbucks Do

I haven’t sparked as much conversation with a blog post or observation as I did with my recent post...