The 5 Ingredients of a Message that Works 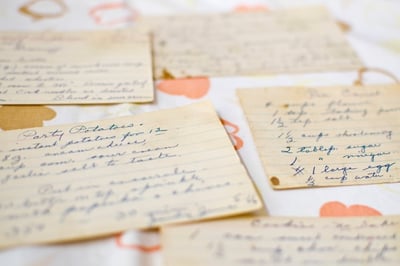 The biggest challenge facing most sales efforts today is simply being heard. It is for this reason that messaging is so crucially important.

An effectively designed, delivered, supported and powerful message gets you in the right doors and frames the conversation in a way that dramatically improves your odds of winning sales at higher margins. Anything less dooms you to a commoditized position, where you must fight for everything.

Over the last 20 years, I’ve studied the components of a powerful message. I’ve read the books, perused the blogs and articles and attended the workshops. This work has led me to two conclusions:

First and foremost a powerful message is simple. It communicates one thought and one thought only. The most common and damaging mistake I see made in sales and marketing messages is that in an effort to communicate too much, the message competes with itself.

I don’t remember who gave me this analogy, but I call it the tennis ball theory of communication. If I had one tennis ball and I made a nice soft toss to you, it is highly likely that you would catch it. However, if I tossed two tennis balls it is highly unlikely you will catch one.

The reason for this is that when I toss you one tennis ball you don’t have to think, you just react. When two are thrown, they compete for your brain’s attention and by the time it sends the impulse to catch one, it’s too late.

The same phenomenon is true in communication. When you send multiple thoughts, they compete with the audience’s attention. So begin by getting clear about your single central point.

Powerful messages are emotional, but emotional doesn’t mean hyperbole or using flowery language. Emotional simply means that your message must tell a story (more on that below).

Humans are story-based creatures. We learn from stories, we remember stories and we project ourselves into stories.

When you’re clear on your central point, next move to communicate the story that it tells.

If your message is overloaded on emotion without the concrete anchor to back it up, you may gain lots of interest early in the process, but it will quickly disappear.

Remember that point about story? Great messages tell the prospect’s story not the seller’s story. Your prospects do not care about you, they only care about how what you do will impact them in relation to the results they need to achieve now.

Lastly, effective messages are polarizing. By this I do not mean over-the-top, Howard Stern type polarization. I simply mean that while an effective message attracts the right audience, it must also repel the wrong one. The reality is that if your message isn’t polarizing (and most of them are not) it cannot attract.

Think about it. What happens to a magnet that has lost it’s polarization? It’s lost its power as well.

Now, pull out your messaging. Look at your website. Review your collateral materials. Compare them to the five ingredients listed above. If it includes all of the ingredients, give yourself a pat on the back (and a raise). If it doesn’t, you’ve got some work to do.

Using these ingredients in your messaging will ensure that you are able to deliver a consistent, concise, clear and powerful message. And that will ensure sales growth going forward.