6 Tactics to Transform a Good Salesperson Into A Great Performer 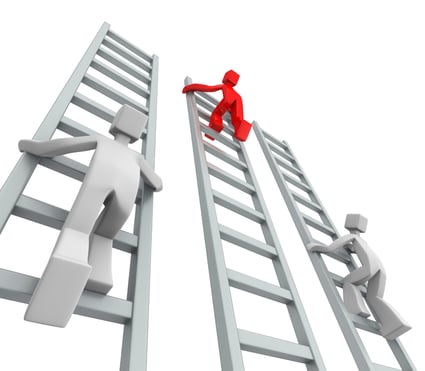 Many years ago, someone shared a great hiring philosophy. The philosophy?  Hire only great people. Okay - not so insightful at first blush. But it continued.

When you hire bad people it’s not really a problem because you get rid of them quickly. The problem comes when you hire good people. With good people, you can never quite fully delegate responsibilities. You can’t delegate and forget. You must still manage them, and that means that as you get bigger, you gain too much complexity and stall.

With great people you can delegate it, forget it and what you get back is better than you would have gotten had you managed it. Therefore, it is only through the hiring of great people that you free people to allow for growth.

While this is great advice, it led to some of the worst hiring decisions I’ve ever made (for both me and when advising clients). Let me explain.

So I began my pursuit of hiring only great people. I quickly learned three barriers to this pursuit:

Before learning these lessons, my pursuit of “great” people was akin to trying to find unicorns. I ended up hiring one of two types of people:

The result was always the same...failure.  I'd always heard senior executives say, "My job is to ensure that my people can be successful."  It was only after experiencing repeated failure that I realized what that really meant.  People fail because they're either in a role they shouldn't be, or the system isn't aligned with their talents.  The key to success, I realized, was creating a process that aligned with the talent I was seeking, and freed them to perform at their best.

How to Make Good Be Great

There’s no function in a business where this issue is more acute than on the sales side. There’s simply nowhere where the difference between “good” and “great” is bigger, and further, nowhere where the approach to hiring and building a “great” organization is more flawed.

This is a problem in small companies, but equally so in much larger organizations. It is a rare exception that I meet a company, less than $250 million in revenue, that actually has a well designed process, matched to talent built for success. The vast majority of these organizations are still in pursuit of the mythical “superstar” that “makes it rain.”

It’s a myth that you can predictably grow a business relying on genius sales talent alone. It’s a myth for three reasons:

It was Peter Drucker who said, “You can’t scale genius.”

Your goal shouldn’t be to hire “great.” Rather, the goal should be to build the process that enables good to perform at a great level. If you look at the greatest sales forces in history you’ll see this is the approach they’ve all taken, and it’s, frankly, the only viable strategy for SMEs.

While there has been a plethora of research recently that indicates sales teams are becoming less effective, my experience and research indicates that the cause of the problem doesn’t lie with the salespeople, but with the structure they are operating in.

To turn good salespeople into great performers, follow these 5 tactics:

1. Be maniacally clear with who you want to do business with

Whenever I’m having a conversation with someone who is desiring to improve sales performance, the first thing I ask is for them to describe their buyer personas. Typically I’m greeted with a response of either, “what are those” or a vague rambling of attributes that add up to nothing.

As the old verse goes, seek and you will find. However, if you don’t know what you’re seeking, don’t expect your salespeople to be clear...or effective.

2. Match the talent to the role

Sales is an interesting role because the same job title describes very different roles. The single biggest mistake made in sales hiring is hiring the right person for the wrong role. Don’t hire a relationship-oriented person who should be managing accounts and ask them to break through barriers to create new sales.

Think about it this way, there are roughly four talent-sets for sales:

These are all very different talents and skillsets. You wouldn’t ask a left tackle on your favorite football team to run the two minute offense in a playoff game. You should match your sales team’s members strengths to their roles as well.

3. Build a strong top before you exploit the bottom

I am always amazed (and saddened) when someone tells me that they’re hiring new salespeople because they want to increase their sales. Let me be clear...if you want to increase your sales or growth rate you need more qualified leads first. Unless you have more leads than your existing new sales team can manage effectively, then don’t hire “salespeople.”

This is also true for companies that are struggling with growth. If your new sales team (provokers or engagers) aren’t fully utilized managing new sales opportunities - then you have too many of them. And you won’t fix your sales problem until you allocate more resources to the top of the funnel.

4. Be sure prospecting is built into the structure of your process

Prospecting deserves the same attention that your marketing and sales processes deserve. We call it The Third Discipline, and if you haven’t built it into the structure of your sales efforts, don’t expect top performance.

I have no idea what that means, but if you played for Jon Gruden you sure did. Can you imagine trying to run a football team without an effective playbook? I was watching the NFL playoffs this weekend and lost track of the number of times the focus was on play calling. If coaches want their players to perform well, it’s incumbent on them to call good plays.

The same is true in sales, yet very few SMEs have documented sales playbooks that put salespeople in a position to be successful.

I ask salespeople all of the time how they know if they’re doing a good job. Their answers are almost universal. They answer either “If I make a sale” or “if I’m hitting quota.”

Both of these are horrible answers. The reason is that they’re trailing indicators. They only measure results. Salespeople need to know the numbers that lead to successful outcomes, and it’s incumbent on management to figure that out.

Further, it’s crucial that sales leadership regularly coach their salespeople, using the data they’ve gathered, to guide salespeople to perform better. This is true regardless of how good that salesperson is. Think about it, (and using this example really, really pains me) would Tom Brady say, “Eh, you know what, I’m going to skip film sessions this week.”  Your sales team shouldn’t either.