Episode 25: What is Your Sales Structure & Are You Playing to Win?

The RevOps Show has been characterized by introductions of sports from basketball to the Cincinnati Reds to the Stanley Cup. It occurred to Doug in preparing for this episode that Cincinnati is an interesting town because they have a major league baseball team and a football team but nothing else. In alignment with this sports theme, we have an opportunity for you to win one of Imagine’s nice vests. (See Show Notes for how to win.)

Getting into the episode, we’re here to talk about one of the elements that in many ways is the peak of strategic RevOps - sales structures. Want to win an Imagine RevOps Vest? Here’s how:

To get one of our Strategic RevOps Advantage Vests, retailed for $85, send the following information to Doug:

If multiple entries come through, we’ll have a tiebreaker:

To give you a hint to get started we’ll give you two to start with - San Antonio and Baltimore.

RevOps is a process centered space. We tend to think of process as a very linear and very limited thing. There’s a restrictive element to process, but when you restrict things, you actually also free things. You can free agency, flexibility and more. It’s easy to fall into the thought that there’s a “right way” to do it. It’s also easy to end up playing someone else’s game.

When Doug worked at Merrill Lynch, they used to have people come in and share their story. They were motivating, but one week after having four different people come in, Doug realized they all had some variation of how to be a rockstar in the business, and all four people disagreed. So how was he supposed to figure out what to do and what not to do? He had to take the best from each of them. But doing that you get a Frankenstein. It sounds good, but there’s a bunch of elements that come into this.

This leads us into what Doug wants to address today – the concept of sales structure. 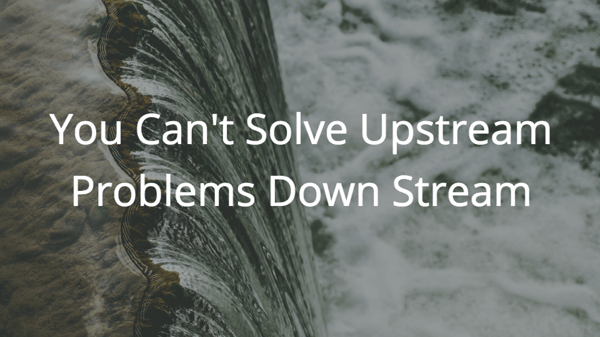 The first thing Doug wants to emphasize is this is not a revenue operations specific element; this is not a sales or marketing specific element. Your go-to-market is organizational; it’s part of the organizational strategy. If you take our Business Acumen course, all five core disciplines of a business need to be part of it, just like go-to-market needs to be part of the organization, operational strategy.

TL;DR - there are 3 games you can play: yours, someone else’s, or no game.

What is the sales model?

When we think about salespeople we think about rep directed, but in today’s world there’s a distinct and important difference between rep directed and rep assisted. These models aren’t mutually exclusive. You need to design it to fit what your business needs.

When you look at the underlying economics of these three games, the three models are very different. One mistake Doug sees happening all the time is people are polishing the rails and organizing the deck chairs of their Titanic. They’re optimizing and doing the wrong things better and better.

How do you know what the right things are?

Sometimes the right things are not viable or sustainable. Doug sees this with new ideas and new companies. Someone has a great idea. It’s a big market. Their economic model is making a little bit of money off of a whole lot of people and they have a rep directed sales model. Economically, that’s not going to work. It might work early on, but it won’t scale.

Your economic model will tell you a lot. There’s a lot of trial and error, and while there is no formula that fits everyone, Doug can tell you the signs to know when you have it.

What are the signs you’ll see when you’ve got the right sales structure?

You’re going to see consistency. You’re going to begin to see a consistency in pattern with a degree of variance. You’ll have more predictability. One thing that exists in most sales processes is it feels like a black box. You’ll understand where those points of the unknown are. If you look at The DEALS Framework, those things become clear. Your growth rate is bigger than your capacity which is both efficiency and effectiveness. You’re going to be able to hire easier.

One of Doug’s favorite quotes is by Peter Drucker - build the genius into the system. For example, one of the hardest models to hire for is the traditional model. The traditional model is that the salesperson does everything. They find and they win, but it’s hard to hire for because you never know why someone is successful. Here you are limited by your biggest constraint. What you’re hiring for here is a more people driven element. There’s going to be greater variance in the customer experience due to who you’re working with. People will like and appreciate their sales rep, but they won’t be addicted to their sales rep.

The second structure is what Doug calls specialized where you begin to introduce an account management function. Here you need fewer new businesspeople for account managers because theoretically a new businessperson has no capacity limit. They win a piece of business and turn it over to account management. Here you’re able to bring in aspects of specialization. People are matched to their talents more; you’re opening up the talent pool.

Going back to revenue operations being the guardian of the game, what they also are, is they are the managers and synthesizers of complexity. Complexity is the toxin for growth existing. The Law of Thermodynamics says entropy is always increasing. Heat is always increasing. Complexity is always increasing. Complexity needs to be managed. Once you begin to understand and define what your sales model is and what your sales structure is and the key metrics you’re using, the thing that you can do if you’re in a traditional structure is very different than if you’re in a specialized one. This is where going back to the episode on the 3 Zones of Execution becomes critical.

Growing means growing in capabilities, not necessarily growing in revenue. To eliminate the feeling of always being under the torque of change, you have to be constantly changing. It’s like when you’re on a plane, did you know that the plane is off course more than 90% of the flight? It’s that way because the plan is constantly making little adjustments to get you to where you need to go. Your sales structure is the same way; it’s more than one acceleration cycle or play. Where are we going? How are we operationalizing this? How are we staging this? How are we incrementing improvement? What are we testing so that our performance zone can perform?

When you have your structure dialed in, you get complacent. Then you start doing efficiency and financial engineering. At some point numbers look great, but then you hit a place where churn begins to happen. Doug wants to emphasize net revenue retention because there’s validity there. One measurement he always looks at for a company that wants growth is whether their top quintile is growing at a higher rate than the company. It’s a great indicator to use.

Overall, know the game you’re playing. Revenue operations is the guardian of the game and you need to make sure that you’re determining your economic model and letting that drive your sales structure/model.

Episode 18: The Ideal Client Profile: Who's Your Who & The Single Most Important Question Your Business Can Answer