Episode 39: What to Expect When You're Expecting a CRM Implementation - Costs, Part 1

Salt and Pepper are getting a star on the Hollywood Walk of Fame, there’s a possibility that people could get locked into Disney parks in China, Doug has self-proclaimed himself as the kind of RevOps and Doug and Jess have had coffee this morning. It’s a crazy start to the show, but what else can you expect!

Today starts us on a two part series around CRM implementations and what you should pay for it. The gift that keeps on giving. In the last two years we’ve done more than one hundred implementations. And if you told Jess that when she started here, she wouldn’t have believed you.

We’ve seen a lot of confusion to the idea of what one should expect to spend and what the cost of a CRM implementation should be. So to start, let's bring it back…

The first challenge - what is a CRM?

Whatever you want it to be.

But in all seriousness, one of the most common statements Doug hears is that people claim they do not have a CRM, and the truth is they are using a CRM. Everyone has a CRM - some might be using spreadsheets while others are using a platform. You could be using email to keep track of things. The problem with spreadsheets is that everyone has their own or they have their own version. The first challenge is, when people say they need a CRM, they mean they need a customer relationship management database.

As we’ve said before, technology is not a solution. What most people are looking for in a CRM is for it to solve a problem. We’ve never found someone who says everything is great and working the way they want it to. They all need a new CRM.

There’s an underlying change that’s desired. There might be a problem with not meeting sales targets or keeping up with managing everything. So when you’re looking at what you need to pay, you should consider how you should select a CRM. You need to start with the problem you’re trying to solve and the behavioral change you want to bring because when you implement new technology, you’re implementing change.

What is the change? Is this an evolution of a current tool you have? Do you have a full implementation and you’re now changing the underlying technology?

It isn’t necessarily what other tools you should be looking for. It’s a question of what are you really buying? Which goes back to what problem are you trying to solve?

If you think about The Revenue Acceleration Framework, you have a strategy, a chasm, and a bridge that is RevOps getting to execution and performance. The two domains of RevOps are structure and approach of which your tech stack and CRM are core to.

Doug is finding that more people are not accounting for the implication. And Jess sees this all the time. Instead of digging in and asking the right questions we just assume we can do something and get it set up. We want the tech to decide for us and that shouldn’t be the case.

Doug has a book coming out next year on The Revenue Acceleration Framework. It’s kind of funny because at our All Hands meeting the other day Doug was discussing one of our principles - simpler is better and he shared a Steve Jobs quote that simple is harder than complex. One of the things Doug pointed out is that he loves technology but there’s a downside to it. Technology can make things easier to keep complicated. 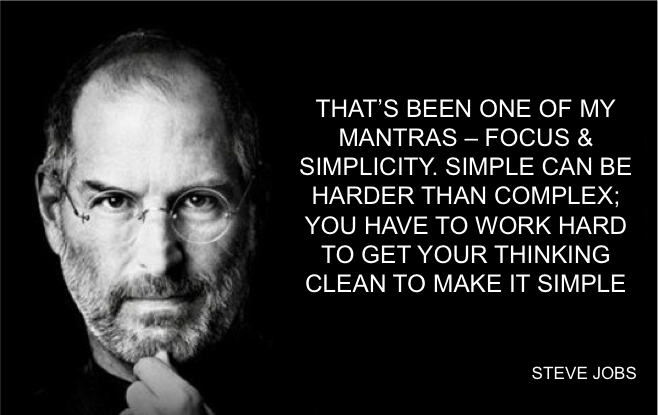 There’s a quote by John Ruskin that goes with what we’re discussing today. “When you pay too little, you may not get the thing that you bought.” If you’re going through the process of implementing a CRM, that has a significant impact on the organization. You have to look at it through the lens of what is the business initiative and what are the critical components to the business initiative being successful. To the point of paying too little and not getting what you paid for, that causes frustration on both sides of the implementation. It causes frustration for the person who bought it and for the CFO. And it’s frustrating to the implementer because you can’t actually do what you need to do.

The team here gets taught that you can’t hear something and take it at face value and move forward. You have to ask questions. You aren’t just hiring for a CRM implementation. If you want to go inexpensive, don’t hire us. There’s also an element of how much time it’s going to take. It shouldn’t take much time. One of the main reasons people hire us is because of our deep business acumen and our ability to understand business models. If we were to articulate in a time mode, we likely couldn’t do it because it doesn’t take nearly as much time.

What’s the cost of not knowing?

From a behavioral science standpoint, when you’re on the inside of your system you can’t assess your system. When you take a look at the mistakes of a botched implementation, those mistakes usually happened because someone didn’t have the skills to do it right.

Let’s talk about the different implementations.

When we say CRM implementation, are you implementing something simple?

There are what Doug refers to as updates. An update could be that you’re iterating an existing system to be a little more complex. You might be changing your underlying technology but you have a highly specific process. In these cases the underlying business process is clearly defined and those processes aren’t changing.

The other kind of a rip and replace. This is where there’s a system that is not meeting the needs of what you need to be successful, so you’re replacing everything - a full implementation.

Then there’s a third type which is updating your current system. Again the business process is in place and this is another area where you’d have a full implementation.

Overall you should be clear on what success looks like and what the outcomes are of the implementation.

A big mistake Doug sees happen commonly is selecting the CRM without making a platform decision. The platform decision brings a hundred other decisions with it. There’s three platforms from a decision standpoint. There is a build, a work-in platform, and a no platform. The work-in platform falls into a vertical tech stack. The build can be vertical, but it will take a lot of work. The build is usually more horizontal and more broad. The no platform just has a bunch of point solutions that don’t necessarily sync and are all working individually. The platform decision is going to drive a lot about your business process and a lot about how things get managed and how they move forward. What’s going to be involved in maintaining and keeping those things going will determine what’s associated with the implementation.

Episode 24: What is Customer Experience & What Role Does RevOps Play

While Jess continues to work on a pause button and we get through hot and/or dreary weather,...

Episode 40: What to Expect When You're Expecting a CRM Implementation - Key Considerations, Part 2

Ice cream sandwiches and fluffy dogs start out our episode today. Doug and Jess made me really...