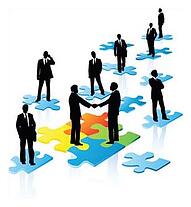 Recently, I've gotten a number of questions from clients and others about effective social media. It seems a number of people a wondering if now is the right time to jump on the bandwagon.

I was recently interviewed by The Strategic Coach on the subject. They combined my thoughts with insights on networking in general (which I thought was a great idea).

Here are some of the highlights:


All that said, social media, and by extension the creation of meaningful content to share, is increasingly becoming mandatory. Imagine the biggest conversation in the world taking place. You've got to answer a simple question - do you want to participate in the conversation or be left out?

If growth is imperative, the answer is simple. It's the execution that's tough.

I was recently working with a client discussing how to go about implementing a go-to-market plan...

I just finished booking our family vacation. We’ll be spending a week at a fabulous resort on the...

As readers of this blog know, I recently went on vacation in St. John in the US Virgin Islands. I...