Measuring The Vitality of Your Business 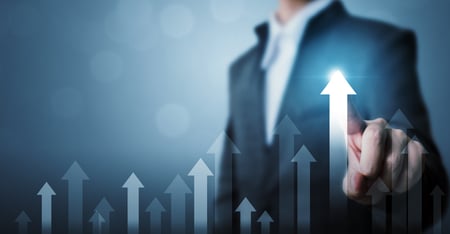 Remember that guy that had it all in high school and never ended up going anywhere?  Maybe it was in college, or in an early job.  We’ve all seen people like that.  They seem to have all the tools and yet they never end up doing anything special.

Do you ever wonder what happened to them?  What was the wall they hit?  Why did they suddenly stop growing?

People have different theories as to why this happens, but mine focuses on vitality.  It just seems that people, often suddenly, lose their vitality.  “What they did” becomes far more important than “what they are going to do.”

I’ve been thinking about this a lot recently, as I’ve come across many businesses that seem to be mirroring people who get stuck.  These are businesses that used to do things that were special, they had really good people and everything was aligned to be an American success story.  Then suddenly – poof – mediocrity.

As I dug deeper, I discovered that these businesses lost their vitality.  They stopped growing their capabilities, they stopped stretching, and they began to define themselves by what they did in the past, rather than maniacally focusing on what was going to make them special in the future.

In 20 years working with businesses, I’ve discovered two key measurements that can assure you that your business doesn’t lose its vitality, or at least alerts you that you are in danger of losing it.

Growth should not be arithmetic; rather it should be geometric (or even exponential).  Companies that maintain their vitality are not just increasing their customer base; they’re increasing the size and profitability of each customer.  When your revenue/customer stagnates, it’s a pretty good bet that your business will as well.


I learned this measurement from Dan Sullivan and The Strategic Coach.  They call it The Largest Cheque, and it’s one of the most valuable measurements I’ve ever come across in business.


Companies that keep their vitality are regularly growing the size of their largest relationships.  This requires that they gain new, better, and stronger capabilities.  It forces them to compete, and ultimately win, in new and valuable markets.


Companies that are increasing their Largest Cheque are always more attuned to what’s going on in the market, and how to take advantage of it, than those that are not.  I’ve never met a company that was growing the size of its Largest Cheque that wasn’t also increasing its vitality.


What measurements do you use to ensure that your company’s future will always be brighter?
B2B Sales Strategy

How to Kill Lead Generation In One Easy Step

I have been flooded recently with an extraordinary amount of sales literature, phone calls and...

It's the dream of many entrepreneurs. Coming up with that big idea, starting a business, growing it...

How To Kill Your LeadGen Efforts in One Easy Step

I shared some thoughts on this topic several years ago.  As I've received countless additional...