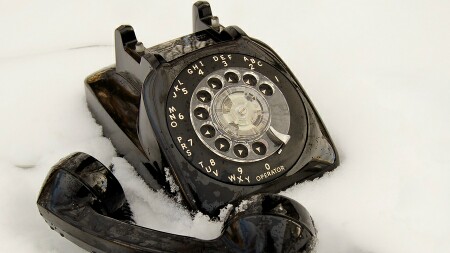 In 2009, I wrote a post that got some provocative responses asking the question Is It Time to Kill The Cold Call? On Tuesday, I commented on a post on HubSpot’s sales blog by Leslie Ye, Wake Up, Cold Callers: 6 Reasons I’ll Never Buy From You. Clearly the last eight years have not settled this topic. One only need look at the comments to see the passion – and difference – of opinions.

The message of the post was that cold calling doesn’t work (or at least rarely works) because, “Cold calls and emails are annoying, interruptive, and rarely useful. And it’s no wonder: With more information available to buyers and sellers than ever before.”

The six reasons given were:

So the question remains, does cold calling work?  The answer to that question really depends on how you define the term “cold call.”

If you were to use the six reasons Leslie shared to create a definition, it would be:

Making a call to a targeted prospect:

Now if that’s the definition (and in fairness, that is the definition of cold calling historically and is still how the vast majority of calling efforts are executed) then I completely agree with Leslie and further I would condemn those who unfortunately continue this practice.

However, Leslie says that cold calling doesn’t work “precisely because they target prospects who haven’t signaled any interest.”  And if that’s the definition then I completely disagree and am sad to see her share such a sentiment (and misinformation).

We’ve had significant success for ourselves and our clients doing precisely that - targeting prospects who have not signaled any interest.” And we’re not alone. The rapid growth of sales development by companies is evidence that the tactic works.

Here’s what I’ve learned:  the problem with most (and by most I’d say 95% or more) isn’t that the call (or prospect) is “cold,” it’s that the process is fatally flawed. Fixing this doesn’t mean eliminating the tactic altogether, it means fixing the process.

If you want to implement an effective cold calling or outbound effort, you must be maniacally focused on the strategy and process. Using Leslie’s post as a launch point, here are the keys to success.

Know Who You Are Talking With Before You Talk With Them

The first reason Leslie gives is that I have no idea who you are. That is not true with an effective process.

For example, if you are the CEO, VP Sales or are a Marketing Executive in a mid-sized, growth-focused company, I may not know your name (or even if you exist) but I sure know who you are. I know what you’re thinking, what worries you and the opportunities you’re focused on capturing.

I don’t need to talk with you to know these things. How can this be?

Because you’re all I focus on. I’ve developed effective buyer personas, I continually update them and I make it my business to know you as well or better than you know yourself. Within seconds of a conversation starting, I’ve communicated that knowledge and taken a teaching position that opens engagement and conversation.

Take An “Always Be Teaching” Approach

As I indicated above, the core message of our outreach is focused on establishing a teaching position. Taking such a position does two things:

By taking such a position, you greatly increase the likelihood of your prospect opening up as it becomes clear to them what the benefit of talking with you is.

The phone is an ingredient of the recipe, not the recipe itself. Our outbound and calling efforts are complemented by marketing and sales driven emails, social engagement and more.

This enables your prospect to be learning about you in between your efforts to connect. An important point, be sure that the emails you send out don’t suck.

All of it is designed in an orchestrated fashion to reinforce the value proposition and to “sell the conversation.”

Remember there are two hurdles that must be crossed to win business. The second is the “will I buy from you” hurdle. The first is “will I talk to you?”

Your initial sales effort when cold calling should not be on your products/services. Instead, it should be on the value of having a conversation.

Use A Script (Just Don’t Rely On Them)

I’ve got a bone to pick with all of the people who bash scripts. Let’s remember that the likes of Dustin Hoffman and Robert DeNiro “use” scripts. The problem is not with the script  - unless we’re talking about a bad script. The problem is with the performer.

Good scripts are valuable because they enable the “performer” to be focused externally on the conversation, not internally, thinking “what am I going to say here?” Just as football coaches “script” the first set of plays in a game, effective prospecting utilizes scripting to get things off to a fast start.

Be The One That Ends The Conversation

John Barrows often shares advice he got from his mentor. Losing a sale isn’t a sin, but taking a long time to lose a sale is. Don’t be one of those salespeople that doesn’t let your prospect off the phone. Instead, you be the one that controls the process, clearly communicating that at the first clear sign there isn’t going to be a match or that the timing for the conversation isn’t right, you’ll end the call.

Now, one could argue that if you follow the six strategies I just shared then you’re not “cold” calling, and I wouldn’t disagree. As Trish Bertuzzi likes to say, “you’re taking the cold, not the calling, out of cold calling.”

So call it what you want, but if you want to accelerate the right type of growth, these six strategies will make it happen.

Why You Should Have Your Hip Replaced Now

Studies show that the healthier and stronger you are, the faster you recover from major,...

In my Twitter feed this morning, I came across a statistic that got my attention. Here it is....

The Most Important Sales Enablement Question for Your Business