Introducing the Most Important Metric in Sales: Sales Velocity 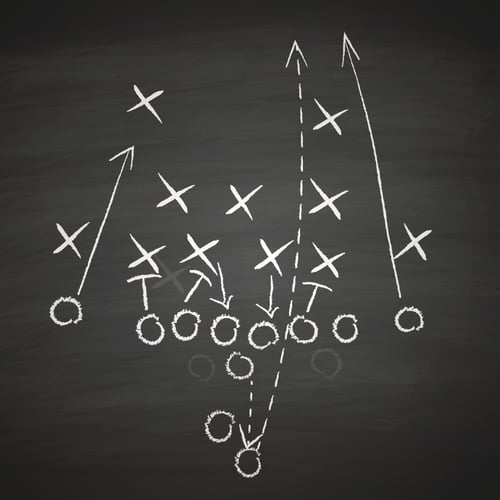 The Seahawks were trailing the New England Patriots 28-24 with 24 seconds left in the game. The Seahawks had the ball on the Patriots one-yard line on second down, with one of the league’s top rushers, Marshawn Lynch, in the backfield.

Carroll called a pass, and the rest is history. Patriots cornerback Malcolm Butler intercepted the pass, and the Patriots won the Super Bowl, preventing the Seahawks from repeating as champions. Carroll has been lambasted for the decision, often referred to as the worst decision ever made in the history of sports. Yet, the reality is the decision was quite good given the context of the situation and the probability of outcomes. (Don’t argue, it was a good decision and if you still believe it’s bad, read Annie Duke’s book Thinking In Bets to understand why it's not.)

The reaction to Carroll’s decision is a perfect example of a common term used among professional poker players - resulting. Resulting refers to the action when a poker player creates too tight a relationship between the quality of the outcome of decisions or actions that are taken vs. the quality of the decision, at the time the decision is made. In essence, resulting is the act of judging every decision by looking in a rearview mirror.

The world of sales has a big resulting problem that it must address to address a number of vulnerabilities that are dragging on business performance.

The Problem With Today’s Most Common Sales Metrics

In the sales world, there are three dominant metrics that create a series of unintended incentives that guide the behavior of salespeople (like an invisible hand) and lead to resulting - by salespeople, managers and executives alike.

Most sales organizations use one or more of these metrics:

These metrics have three problems in common:

Consider all the studies that show buyers are conducting more and more of the purchasing process on their own before reaching out to sales organizations. If that’s true, is it true because buyers genuinely want it that way, or because we’ve created the hidden incentives that have led buyers to believe it’s the only way they can do it?

The Time Has Come For A Better Sales Metric

This problem is not unique to sales or marketing. Luckily for us, other disciplines have dug deeply into this problem, creating maps that we can follow.

Poker is a great metaphor for customer acquisition as it is a competitive pursuit, the situation changes multiple times, and you never have access to all relevant information. The same is true for baseball.

That’s why poker players use odds and probabilities to assess the quality of their efforts and decisions. Baseball used to be a lot like sales, obsessed about analytics that not only didn’t contribute to their desired outcomes but often worked against them. Hence, they created “advanced analytics” (what real data-nerds know as sabermetrics). Today there is not a top-level professional franchise in any sport that would even consider moving forward with such analytics. (Hell, they’re even using such analytics for professional video game playing, uhm, I mean esports.)

The time has come for sales metrics to move into the modern age. It’s time for some advanced analytics. And, what WAR (wins over replacement) is to baseball, Selling Velocity is to sales.

For this new metric to be meaningful, it must be predictive and prescriptive so that it provides a strong signal into what is more or less likely to happen. It must also provide insights so that all those involved can do something to improve the likelihood of a positive outcome and to utilize their resources better. To meet this objective we identified the following requirements:

Sales Velocity meets these objectives and provides additional benefits. Get the details of how to calculate yours at our Sales Velocity Resource Page.