Favorite Posts: Give Me Some Sore Losers

Today's selection comes from Imagine's VP of Sales and Marketing Programs.  David Fletcher oversees our client services delivery team, and is reponsible for the growing team and growing programs that we're bringing to market.

Fletch is one of the sorest losers I know - and it's a primary reason that he's succeeded in so many endeavors.  While Fletch certainly enjoys winning, he obsesses about losses and ensures that what caused the loss isn't repeated.  It's no suprise this is his favorite post.

Give Me Some More Sore Losers 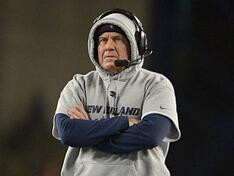 I bring this up with the recent behavior of Bill Belichick, who refused to grant a 45 second interview to a CBS reporter, following the Patriots loss to the Ravens in the AFC Championship.  Belichick’s behavior has been universally panned.  He’s been called a sore loser, arrogant and worse.  And while I certainly don’t condone his behavior, I admit I empathize with it.

I was struck by the USA Today column on the subject (link above):

No coach who's experienced as much success as Belichick is a good loser. Their determination and competitiveness is what fuels their greatness. But what of all those coaches who seem like good losers after big defeats? They're just better at faking it.


Bill Belichick is an ornery, often arrogant personality.  He’s also an innovator with an undisputable record of success.  And (while this probably won’t win me any fans) I must admit that I respect his actions just a little bit.

When a business fails to achieve its goals for the quarter, I want a CEO who is pissed; not one who’s hanging out and treating it as business as usual.

While it’s not a popular sentiment, it is this very non-social, unbalanced reaction to losing that pushes one to work a little smarter, try a little harder and to find new ways to break through.

So, yeah, Bill Belichick is a sore loser, but he’d also be one helluva salesperson.

The beauty of a new year is that we all begin at zero and anything is possible.  Our revenue goals...

People do not want products or services – they want results.   One of the biggest challenges...

Be Smart About SmartPhone Engagement

“There’s just a lot of things about mobile that are amazing opportunities for advertisers and for...