5 Tips to Deliver Effective Coaching to Your Sales & Marketing Teams 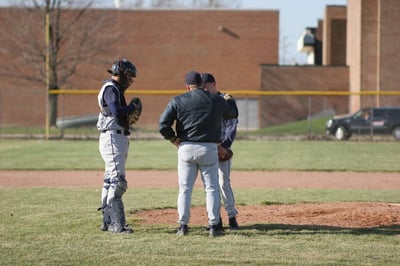 Last week a friend and fellow business owner sent me an interesting article from Harvard Business Review, that highlighted the impact and importance of coaching in business. Reading the article got me thinking about the role of coaching today.

It's funny, because 13 years ago I started Imagine; and with our focus on sales coaching, I regularly encountered questions and objections about the whole idea around coaching in business. Coaching was still considered a soft skill, and it wasn't unusual that a business owner would say to me, "Doug, we need our salespeople to be managed better; I've got no idea what coaching would do."

Today the idea of coaching, or at least the thought of coaching, is far more accepted. More people are talking about it and more people claim they do it. Unfortunately, most of the coaching being done is ineffective. It either lacks the disciplined process needed to be effective, or it's really just management in disguise (or both).

When implementing coaching in your organization, it's important to clearly distinguish between the role of "managing" and the role of "coaching." Managing is about directing, instructing, overseeing and holding people accountable to specific results, typically short-term. Coaching is about exploring, facilitating, teaching and collaborating to build capabilities that allow one to produce at a higher level over the long-term.

Both roles are vital, and it's important that they not be confused or mixed together. There's nothing wrong, per se, with a manager also coaching, but when doing so, the manager must clearly separate the two functions. When they're combined, neither is effective.

When coaching, keep these five tips in mind to ensure that you get the results from your efforts:

1. Implement Data-Backed Coaching (or Frankly, Don't Coach At All)

Coaching is a unique, often frustrating, experience. When coaching, the coach actually has very little power. Everything is up to "coachee." When managing, you can tell people what to do (and while this may not be a smart long-term strategy, it can create short-term results). When mentoring, you can tell people to model what you do. When coaching, your job is to lead and build capabilities, and it's a lot harder to do.

This is why data is so important. I've seen far too many coaching approaches rely on opinions, beliefs and/or experience. "This is how you have to do it," says the coach. Or, "I really think if you do this instead of that, you'll get better results."

The problem is that there's no objective truth backing anybody up in the conversation. Data should create "one version of the truth" and is central to both identifying the areas that need coaching (see tip 2) and to assess progress.

Data-backed coaching is doubly powerful once it becomes a habit. The person being coached becomes their own coach as they learn to identify, interpret and apply the lessons that data is teaching. The reality is - if you're not practicing data-backed coaching, then you probably shouldn't be coaching at all.

2. Focus on the Critical Few

If you want to know how most of your employees feel on a daily basis, all you need to do is go to a youth baseball game and listen to what's being shouted when "little Johnny" is a bat. "Keep your head in! Stay back on the ball! Keep your hands up! Spread your feet! Keep your head still! Level swing! Watch your feet!"

Parents shout so many instructions to their kids that their kids don't know what to do. Now, stop for a moment and consider how your people feel. It's probably pretty similar.

A common mistake made when coaching is working on too many things at one time. This is ineffective for a variety of reasons. Here are the two primary reasons:

Another common coaching mistake is the misapplication of coaching. Paul Hersey and Ken Blanchard wrote a great book on this subject called Situational Leadership.

For example, you can't coach someone who is brand new because they don't know enough to be coached. They need to be directed. Additionally, the ways you coach your long-time top performing employee is going to be different than the middling performer who you're working with to unlock their performance. Check out situational leadership, and be sure you're applying it to your coaching plan.

4. Be Clear About Action Items

Good coaching doesn't just happen. It requires planning and discipline. What most people miss is that the most important part of the coaching process is what happens between coaching sessions, what I like to call "The Homework."

I've seen and experienced a lot of coaching sessions that felt really good while the session was going...they were even motivating. Employees left feeling charged up and excited to confront the challenges of the day. However, no specific action or observation was highlighted. Guess what happens next? Nothing. The employee goes right back to their life and busy schedule and little to no change occurs.

An effective coaching session ends with clear and measurable action items to be completed before the next session.

5. If You Only Focus On One Area (Other Than Data) Focus on the Debrief

In my experience, 50% or more of the value of a coaching session occurs during the debrief, so be sure you're focused on it.

Implementing a coaching process for everyone in your organization shouldn't be a question anymore. Coaching has proven to improve employee engagement, performance and retention. The focus today should be on how to create an effective coaching approach. Following these five tips will go a long way to making it a strength in your organization.

We All Need A Coach

I’ve always been fascinated by a key paradox of performance.  That is that top performers are...

Revisiting: What Do You Sell?

In April, I discussed the need to shift from selling “stuff” to selling results.  Making that shift...

I have a love/hate relationship with sales coaching. I love learning, I love improving, but you can...