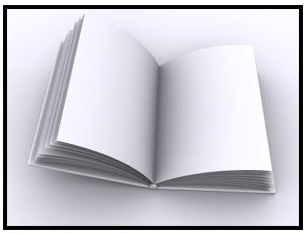 In the height of NBC's success in the 1980s, their Thursday night lineup was commonly referred to as "Must See TV." While it kept that refrain for most of the 1990s, it slowly and surely lost its relevance, and now NBC is a virtual joke.

This morning, I was reading a review of one of my favorite television shows and the reviewer talked of how the show has been exaggerating too much, for too long; and if it wanted to keep its mantelpiece as one of the best shows on television, it needed to get back its focus. My first thought was that while the show had been slightly over the top  recently, I watched the show more for entertainment than for "critical acclaim."  I felt that the critic was being, well, a critic.  Finding fault simply to justify his column.

I couldn't help but make the connection to business growth.  So often, in the name of "opportunism," businesses stop playing to their inherent strengths.  In the pursuit for volume, businesses stop focusing on those to whom they are indispensable.  No one notices it at first, and, as a matter of fact, the short-term decision is rewarded with increased sales and sometimes even margins.  Forecasts are reviewed and increased; and managers sit back, take their bonuses and contemplate just how genius they are.

But soon, almost without notice, the business loses a little relevance.  A key customer re-bids a project.  Another client cuts back and decides to stop an initiative.  All, easily explained by management as "things beyond our control."  Then, it becomes more and more noticeable.  Margins begin to erode, win rates decline, and costs grow.  It's what happened to Starbucks, NBC, and it happens to every business that loses its "plot" - that special reason that a group of people decide to make you a part of their life.  Businesses that grow continually find ways to reinforce their plot.  They get stronger and they become more indispensable to their fans.  It's often said that the cost of keeping a customer is a lot less than the costs of gaining a new one, or losing an old one.  Great businesses - "Must See Businesses" - live that ideal everyday.  Great businesses, like great shows, stories and television networks, stay true to their plot.

What's your plot, and how are you sticking to it?

Don't Interrupt - It's Not Polite

I am a raving fan of a coaching company that I have been a client of for more than eight years....

You Don't Need The Answers

One of the toughest lessons and most valuable lessons I learned early in my sales career was that...

You may (or more likely, may not) know that the College World Series in going on right now. On...