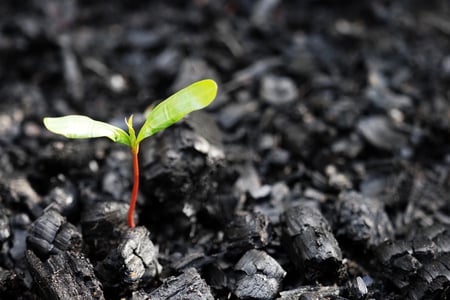 RevOps is a fascinating development in the sales and marketing world. At a very high level, it’s a process-oriented effort to leverage technology to make sure that all stages of the buyer’s journey are connected. This was not always the case. During a “Let’s Play RevOps” stream a couple of weeks ago, we discussed how much we take for granted in terms of  the evolution of CRMs like HubSpot, to the degree where sometimes we ignore some of the most powerful elements of RevOps because they’re expected.

In 2009, I was working for an ad network as their first in-house marketing lead. I was early in my career, but being a nerd, I knew that we needed more data than was reasonably available with major CRMs of the time (ours was Salesforce.) Specifically, I refused (as much as an early-career marketer can) to accept that it was just normal to have two different funnels - one anonymous marketing funnel, and one sales funnel.

At that time, it was fairly common to have to live with this. Marketing could measure to the point of someone taking an action, and then sales would pick up the now-identified lead and start a new funnel taking them from “new” to “closed-won.” There wasn’t a real connection between the funnels; marketing ops and reporting typically focused on everything up to a form fill-out, and sales ops and reporting focused on the “sales process” alone.

Now, my own desires at the time were fairly simple - I wanted at least to know what marketing activities led to a specific lead so that I could effectively determine the quality of leads I was generating from various sources. Just the act of adding lead source specifics required me to:

I am many things, but a developer I am not. That said, I got this working, and had - for the time - a fairly sophisticated ability to measure my marketing activities beyond the anonymous web traffic and conversion data available in Google Analytics.

A couple of years later, I was introduced to Marketo - a simple idea, productized and marketed, allowing me and my sales counterparts to actually combine reports and activities into a cohesive “revenue” funnel rather than disjointed sales and marketing funnels.

In what seems like a fairly short amount of time, digital marketing and sales have undergone a revolution of sorts. What would become RevOps allowed us to take a macro view of to the entire buyer’s journey, complete with detailed breakdowns of what kind of messaging works at what point in the journey to what type of interested individual. Here are some things I fear we as marketers in 2022 are taking for granted and should keep focused on:

Flash back to Dan in 2009. He’s putting a lot of effort into not just driving traffic, but creating content on-site that would provide value to said traffic and nurture them along to the point of raising their hand and expressing interest. As I noted, I’m no developer, so while my little JavaScript cookie setup felt complex and cutting-edge, it really wasn’t.

So if you were to tell me that as soon as a few years later, we’d have the ability to tie a lead who has raised their hand back to their previous browsing activity? I’d have been all over that in a heartbeat. Yet too often we forget about all of that. We look at a new lead’s traffic source, we look at their conversion page, and we go from there.

But just look at this treasure trove of information in our HubSpot activity log: 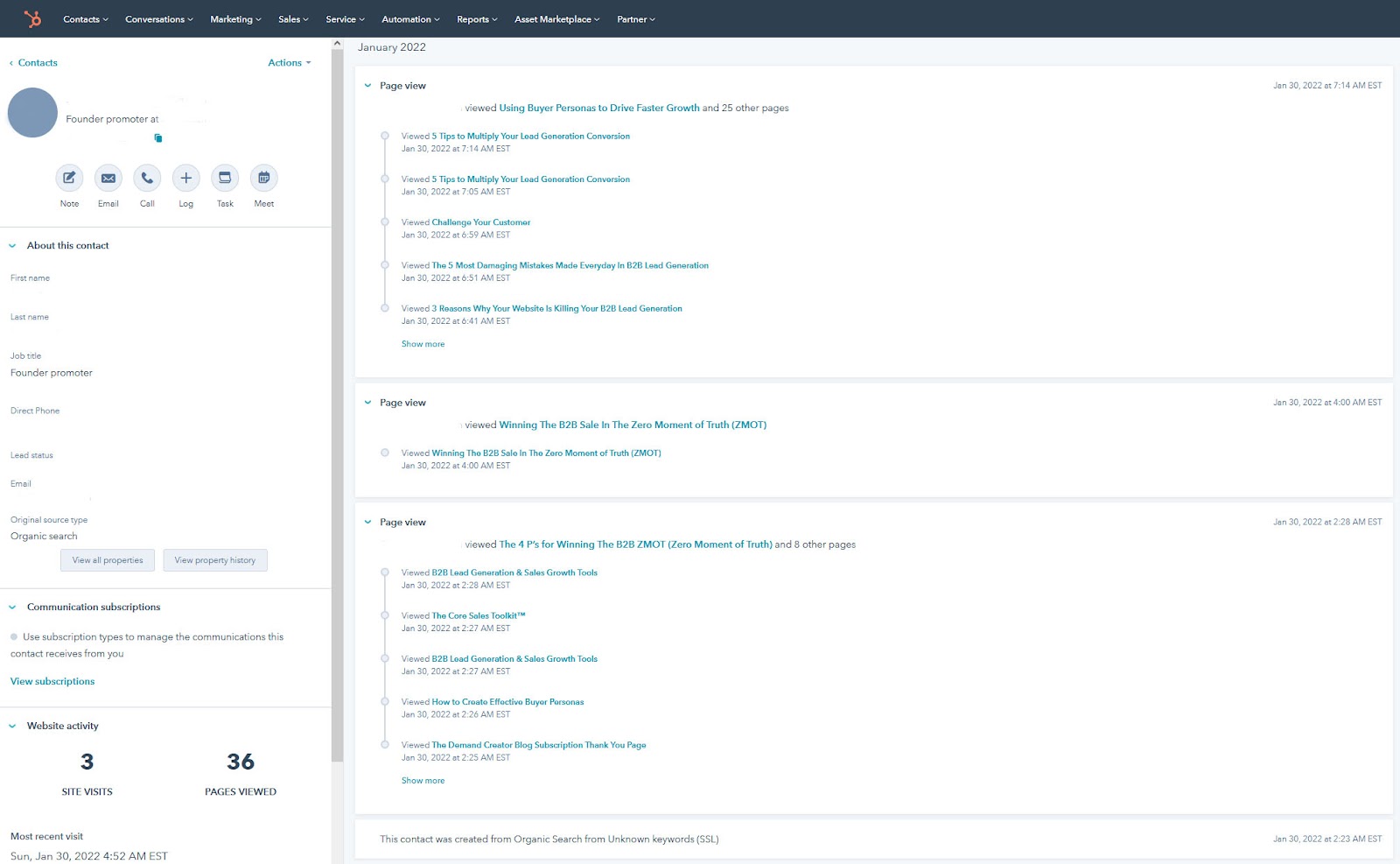 Not only is the entire rigamarole around getting a lead source populated completely and utterly trivial in the RevOps age, now we have the ability to go back and see everything about this lead as they journeyed from anonymous web browser to interested potential client.

2009 Dan was always stressing about how to provide the right piece of content to sales to help provide value to a prospect. In 2022, HubSpot or your RevOps platform of choice empowers your prospect to tell you themselves by dint of what they’ve read on your website.

Don’t Over-Automate To The Point Of Facelessness

The biggest thing I’ve found is that we take the “marketing automation” side of modern CRMs and automate things to a point where you lose a lot of the individuation. Ironically, it seems like the explosion of data available to provide insight into a buyer’s journey has led to a situation where we’re almost overwhelmed with data, and constantly trying to take the work out of our work.

Take the above example, where we have a lead coming in and we know their path through our website. HubSpot makes it fairly trivial to put someone in a bucket - if, for example, we have tags on our content, we can say “This lead is interested in Buyer Personas,” and can then drop them into a nurture campaign about buyer personas. 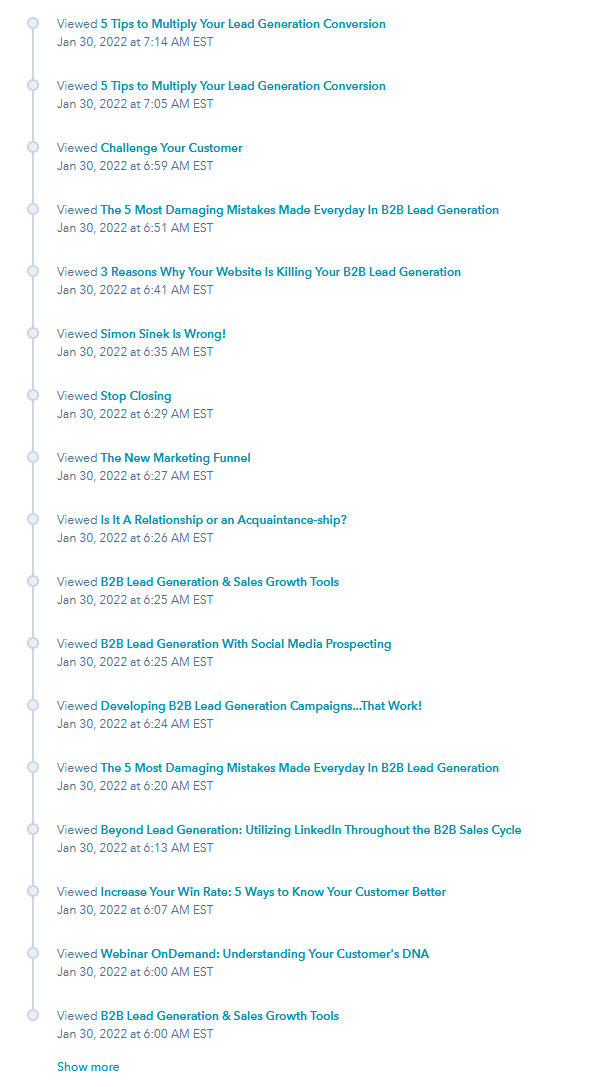 So what happens when we use our automation rules to bucket this individual? Yes, we have a “primary topic” that we can nurture them on, but we lose so much of the individual’s journey and matrix of interests. We may lose out on the ability to find a trend among the content they’ve consumed, something that brings the different topics together into a profile that is greater than the individual touchpoints.

As of now, this still requires us to put in some effort (sorry fellow marketers). And because we’re in a RevOps world where sales and marketing are part of a cohesive team always looking to provide each potential client with an experience that will delight them, we can’t just do what marketers in the past did and let sales worry about individualizing a prospect. We’re all in this together. And we have too many powerful, useful tools at our disposal to let ourselves take this responsibility to the prospect for granted.

Think about all the things we’re able to do because we don’t have to spend hours hacking together duct-tape solutions to what we consider basic marketing needs, or hours every week pulling data from all sorts of disparate sources to answer simple questions like “How are my campaigns performing?”

And while we’re at it, let’s think about the things we do still spend inordinate amounts of time putting together. Perhaps we can predict the future of RevOps together!

In the meantime, here’s a recording of our Let’s Play RevOps discussion, in case you like video games and stimulating arguments about RevOps:

On our recent webinar Making It Rain Even In A Drought, I focused on some of the key actions...

Leaving Inbound 2014, one thing was clear - inbound marketing is no longer a competitive advantage....

I’d like to tell you that I’m writing this blog post on my iPhone (or even my iPad), but i’m not....