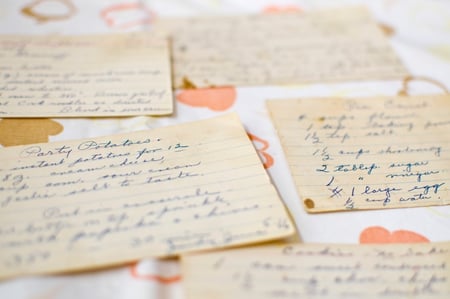 I'm in the middle of working with a great client on developing their market messaging.  This is a very successful company and their executive team is top notch.  They're at the epicenter of what I call a "Devastating Market," as by some measurements the size of their market (demand) has been cut in half.  We're developing their brand promise, and one of their sales executives sent me a comment/question to the effect of:

The message certainly hits what we do, but it doesn't really pull me in.  They're so direct, it feels mechanical.  Ex: I believe IBM's statement is " we provide solutions ".  GE touted " we bring good things to light".  I come back to something that is broader, which in my opinion, is what IBM and GE is saying.  Why don't we go in that direction?

I'd like to share my response, because I think it hits at the heart of creating a powerful message:

This is a great question.  I apologize in advance for what will probably be a lengthier response than you may have expected.  You’ve kind of hit the central point that separates traditional demand fulfillment from demand creation.  Plus, I have several thoughts on the issue.

Keep in mind that we are working on developing the marketing message that is the market manifestation of our value proposition; not our slogan.  The is our brand promise.  The IBM, GE statements were there slogans not their brand promises.

The purpose of our market message/brand promise is to, for lack of a better word, mark our territory.  Done well it defines the decision.  I often ask salespeople if we had 10 ideal prospects that made the right decision (as defined by you) in the right way (as defined by you); how many would buy from you?  After the salesperson realizes that it’s not a trick question they give the right answer – all 10.  The point of this is that it’s far more effective if we focus on teaching buyer’s how to make effective decisions, rather than trying to convince them to buy from us.  The message/promise is the focal point for what, in our opinion, a good decision is.

The statement needs to answer the question “so what” for the customer.  The vast majority of marketing execs agree that IBM, GE (including, by the way, Jack Welch who got rid of the statement) and several other equivalent slogans are highly ineffective.  The problem with them is that they don’t stand the contrast test.  GE said, “We bring good things to life.”  Does the market think, or could GE demonstrate, that their competition “Brings bad things to light” or “good things to darkness”?  As a result they define no ground in the buyer’s mind and contribute to the commoditization effect.  On another note, these slogans supported an image marketing campaign.  The goal of the advertising campaigns was not the direct creation of a sale, but to create “good feelings” about the company.  It was their idea that good feelings would help make sales.  They also each spent approximately $1 billion/year advertising in consumer markets.  Also, take a look at how frequently each of those companies now change their message.  (Though I have to admit that I liked GE’s recent statement – Imagine It; obviously for personal reasons.)

IBM and GE both play a demand fulfillment game.  If you remember our conversation about The 7 Levels of a Growth Organization they’re at the Level 2 – 3 (Demand Fulfillment Organization to Solution Selling Organization).  They both spend significant resources in R & D, both get the vast majority of their growth from acquisitions, and both see diluting share, margins and must fight a heavier competitive game.  I’m by no means an expert in IBM or GE as my focus stays on small and mid-market companies; it’s always hard to translate the lessons of mega-globals to what we are able to do.

Please know that a statement – no matter how good – will do nothing if it is not followed with a fully aligned execution program behind it.  The purpose of the statement is to be the “point,” if you will, on our arrow.  Our sales approach and marketing efforts should be used to highlight and enlighten buyers about the issues surrounding the issues surrounding the message.  To use a political term, the “message statement/brand promise” is the filter we use to ensure that everything we do stays “on message.”  The purpose of a powerful statement is not to create a “wow” effect – those statements tend to be very high on the emotional scale and low on the concrete scale and typically become more fads than long-term impacts (though, of course, there is nothing wrong if we a statement achieves both).  The reality is that “obvious” is good.  Obvious for the seller is often times boring, but for a buyer it’s clear, requires no thought and is easily understood.  It defines the relationship.

I prefer, and my research finds to be more effective, really clear simple statements that are obvious like:

As more and more companies are looking to transform their business to deal with the new realities,...

What would the ability to get through more of the right doors, faster mean for you? In today's...

How To Create A Powerful B2B Sales Message That Works

There’s nothing that brings terror to the mind of entrepreneurs, business executives and...