Want to Shorten Your Sales Cycle? Start By Mapping The Decision Journey 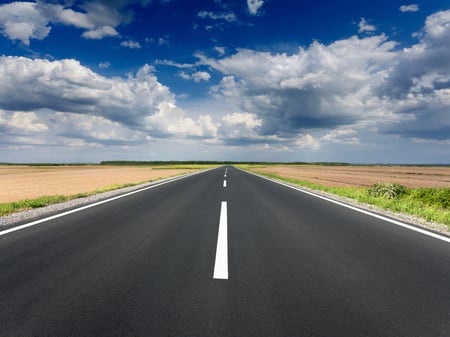 One of the most common (and costly) mistakes that I see strong companies make is that they’re ineffective in delivering their message in a way that fits contextually with their prospects. They tend to deliver the same basic message to every prospect at every stage of the prospects decision journey.

We’ve written much on The Demand Creator Blog about segmenting and personalizing your message around your buyer personas. While clearly defining personas is the first step, understanding their decision journey is just as important if your goal is to shorten the sales cycle, increase the productivity of your sales team and improve the predictability and sustainability of your efforts and investments.

When we work with clients, immediately following the development of their buyer personas, we move the conversation to defining the journey these personas go through when making a decision to buy the products/services that are being offered.

Here’s a brief explanation of each phase:

The Ephiphany: Every journey begins with, well, ignorance. In the beginning, prospects don’t think about the issues you address one way or the other. The epiphany is where the thought that drives action originates.

Awareness: At this stage, the prospect is aware that they are dissatisfied with something.. It could be a problem they want to fix, an opportunity they want to capture or a combination. Don’t confuse awareness with action. At this point, the prospect hasn’t made any commitment, but the issue is now on the radar.

Consideration: The problem/opportunity described above is confirmed. At this point, the prospect is trying to figure out two things:

While some of this will involve looking at potential vendors, this stage is more about how I will solve my problem and less about who will solve my problem. From a marketing (and sales) perspective, it's important to remember that left to their own devices, humans (and by that we mean your prospects) will choose what they perceive to be the path of least resistance that they believe can solve their problem.

Decision: The prospect has decided to act, they’ve decided how they’re going to solve the problem and now they’re making the final decision about who will help them solve it.

Segmenting your buyer’s journey in such a manner provides great insights into buyer behavior and allows you to align all of your content and sales strategies to fit the context of that journey. The benefit of this approach is quite significant.

If you’re early in the implementation of your inbound marketing and demand generation efforts, then you may find very little reason to define the journey beyond these phases. However, as your efforts evolve, you’ll begin to realize some additional challenges and opportunities.

This is precisely where we found ourselves about a year ago. We had made great strides in the effectiveness of the content we were creating and how we were creating it. The top of our funnel was boiling over with greater lead volume than we had ever experienced and our sales process was absolutely singing.

Additionally, we began to see a degradation of the conversion rate in our early pipeline stages. Prospects that appeared as though they were going to progress to the next stage didn’t and we weren’t able to clearly identify the cause of this. While we certainly expect some degradation of ratios due to increased volume, that didn’t account for the difference.

Moving Beyond The Buyer’s Journey to The Decision Journey

So we decided that we needed to dig deeper into what was happening and the decisions that were being made at each stage of the journey.

We started by selecting five successful sales that progressed in the predictable fashion we expect and five sales that were mysteriously lost. We laid out the process that each prospect went through and our hypothesis of what was on their mind through each step. We gained some tremendous insights from the exercise, with the biggest being a map of the decisions that our personas go through that lead to buying from us.

With our map laid out, we were then able to test it against new opportunities that came through the funnel and adjust accordingly. Since that time, we’ve done this with clients and have seen the same strong results from the process.

Here’s a synopsis of what we did.

We started by identifying what was happening in the epiphany phase. We wanted to pinpoint what was happening and what our personas were thinking that would put them in a position to openly receive our message, from whatever means we were sending it.

Figuring this out was relatively easy as it was laid out in our buyer personas. The journey started with a growth mindset. All of our successful engagements have been with people that are committed to growth – both from a business and personal perspective.

We contrasted that growth mindset with what we referred to as an income mindset. A growth mindset naturally seeks something different and realizes that if you want a powerful result, the effort comes before the reward. As such, they’re naturally longer-term focused. Income mindsets are short-term oriented. They’re more interested in tinkering with the status quo and gaining incremental improvements (and taking less risk) than making big strides.

While this clearly defined the mindset of our “tribe,” it was nowhere near adequate to identify what would get the right people into our demand generation funnel.

So the next question we asked ourselves was, “What are they looking to grow?  What’s the result that starts them on a journey that leads to Imagine Business Development?”

It took us a while to get to the answer. Of course once we got there we realized that it was sitting right in front of our faces.

The key epiphany event that made someone the right fit for us was their decision to prioritize the increase in one of the following areas:

The danger here is that there’s virtually no one who doesn’t want to increase these items, so we got clear that it can’t be a desire and instead has to be an imperative. At this point we realized that this created two distinct segments of companies for us:

This was our desired point of engagement. Once this epiphany occurred, the prospect moved to the awareness stage.

We realized that the more our top of funnel content was aimed at highlighting new ideas, approaches and alternatives to achieving these goals, the more likely we’d be engaging with the right people at the right time. This led to a major shift in the focus of our content.

In the past, most of our content was thought leadership oriented as we shared our philosophy and take on fast growth. Over the last year, we’ve drastically reduced that content (which unfortunately is the stuff I enjoy creating the most) and replaced it with more tactical oriented material. It’s also had the impact of increasing the average length of our blog posts (this post being a perfect example).

The results have blown away our expectations. Our web traffic has more than tripled over the last year and our conversion rate has doubled. We are  generating roughly 6x the number of leads we created a year ago.

Now it was time for us to address our area of vulnerability – the middle of the funnel. What precisely led someone from desiring something to flat out needing it, and then allocating the time, money and energy to make it happen?

This is where the contrast between the good sales stories and bad really paid off. We identified two BIG decisions that our successful sales stories made that others did not.

The successful engagements had decided that they needed to assess their current situation to figure out what needed to be addressed. The unsuccessful engagements were far more likely to jump to talking about solutions and opportunities. They were far less interested in assessing the current situation. They didn’t know important data points and hadn’t identified the cause of the problem they wanted to address. They were interested in “doing better,” and appeared as though they were committed to moving forward, but reality showed otherwise.

The second decision made with the successful engagements was that they realized they could use some help. They decided that looking outwards was either the only way they could address their problem, or it was the best way to accelerate the solution. Other opportunities had not made that decision and in hindsight we realized that we lost a lot of them because they fell back to trying to fix it themselves (can anyone say, “path of least resistance?”).

The important insight here was that we realized that our best prospects had decided that they needed outside help before they engaged in our sales process. As such, we’ve moved more of our content and nurturing focus to highlight the value and impact of using outside resources.

The last piece of the consideration phase that transitioned them to the decision phase was the commitment to find a solution. This discovery enhanced our sales and marketing alignment, as we realized that whether they were in our marketing funnel or our sales funnel, if they hadn’t committed to finding a solution, they were not actually in a decision.

At the decision stage our personas build their business case and ultimately decided on who they are going to hire.

With our decision map in place, we are now able to align all of our actions towards the creation of a predictable and effective demand generation process.

The second opportunity for salespeople to create value is what we call The Design Phase. In The...

Effective inbound marketing programs require many types of content and a lot of it. The purpose of...

Have Your Buyer Personas Wilted? 5 Tips to Keep Them Alive

B2B marketers are busy people. Juggling all of the day-to-day tasks with the long-term projects is...