Why Being Valued is More Important than Being Liked 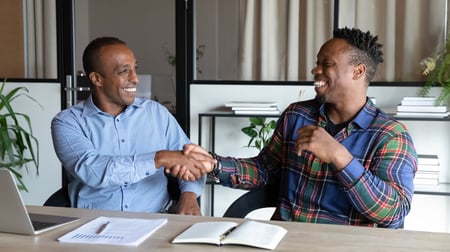 Editor's Note: This is an updated version of one of our most widely-read articles, Being Liked vs. Being Valued,  revisited for 2022.

Traditionally, sales "relationships" were about being "liked." Salespeople were good guys and gals. They were easy to get along with. They made customers feel good. They took people to ball games and had big(ish) entertainment budgets. I remember sitting in a Tom Hopkins Boot Camp and reciting that my job as a salesperson was to get them to "like me and trust me" first and foremost.

The challenge is that being liked is nowhere near enough today. In a world of zero discretionary budgets where sales involve multiple decision-makers, salespeople (and selling organizations) must be valued to get attention.

And there's a HUGE difference between being liked and being valued.

I’m not saying that being liked and valued are mutually exclusive. In an ideal world, the prospect both likes and values you.

However, if you want to close a sale, it’s more important that you’re valued. And being valued is really another way to say that you’re relevant.

Being relevant means helping your prospect realize they have an issue that they need to solve. That realization usually involves asking some challenging questions and making some provocative statements.

And let’s face it: that can sometimes be uncomfortable, for both you and your prospect.

Relationship selling is often used—in my opinion, misused—to mean that your prospects grow to like you and, consequently, want to buy from you.

What relationship selling should mean is that you’re having meaningful conversations that open up new lines of thinking for potential customers.

If your goal is to be liked first and valued second, you'll be less likely to challenge or provoke. That means your behavior won’t support profitable growth.

For example, when the customer asks for a quote, you'll be less likely to tell them they are not ready for a quote, and so on. You'll be deemed irrelevant and, at best, you'll be positioned to "catch" opportunities that happen to fit.

When you focus on being valued (aka relevant) first and liked second, you're far more likely to take on the behaviors to create demand. You’ll be proactive, which means you drive the sales conversation.

For example, cultivate being a resource to prospects before they’re even looking to buy something. If someone calls you when they have a question, that makes you valuable and relevant. It also builds trust, which makes those challenging conversations easier. (Notice I didn’t say “easy.”)

Rather than waiting for customers to tell you what they need, you'll provoke their awareness.  You'll dig deeper, even if the customer is uncomfortable. You'll talk to the people in the buyer's organization that need to have conversations, even though your contact didn't like the idea, and you'll withstand the pressure of closing too soon, even though your customer is asking for a proposal.

Being valued and relevant means risking, even for a few moments, not being liked. Going forward, the only business relationships that will matter will be the ones where you're highly valued, even if they like someone else a little more.

Being Liked vs. Being Valued

Editor's Note: This blog has since been updated as of August 2022. The entire concept of...

A Crucial Decision to Drive Your Profit Formula

I often talk about how salespeople and companies can Move Beyond Price to put the focus on what...

How Being Wrong Frees You For Top Performance