The 7 Questions to Answer to Be Ready for Next Year

Year-end strategies for a successful 2014 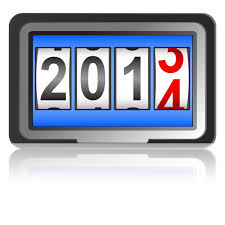 As Thanksgiving approaches and a holiday mindset kicks in, perspective begins to shift toward the future. For many, 2013 represented a return to growth. Companies began investing in their businesses again. The “Great Recession” moved further into history, and a focus on capturing opportunities returned to the top of corporate agendas.

For others, the year continued to retain the challenges of yesterday. Customer budgets are still tightly restricted; the decision structure within companies continues to increase the trend towards commoditization, and standing out amongst competition got more difficult still.

Whether you’re the senior executive at a $100 million company, a salesperson looking to make next year a breakout, or someone in between, use this time to gain clarity for the New Year ahead. In chaotic times like these, it’s easy to lose focus and effectiveness. As the saying goes, “We may not be able to control the wind, but we can control the set of our sails.”

In my study of the most successful people and companies, I’ve found seven questions to be the most effective to gain clarity in a short period of time.

It’s probably the most common advice given, yet I’m surprised just how often people fail to heed it. Begin with the end in mind. Find an hour this week and write a review of next year.

When answering question #1, don’t just set the goal, explain how you’re going to achieve the goal. So, if your goal is $20 million in revenue, outline the breakdown of that revenue. How much comes from each line of business, from different customer types, and so on.

There’s a lot of power to be gained in writing your business analysis in advance of the time period you are reviewing. It forces your mind to clearly see the target, and it makes the goal real. You don’t need to restrict yourself to the outline, but the clearer you are in describing the results you desire, the higher the likelihood you’ll get there. Luck comes to those who plan best (please note, I said best, not most).

This is probably the most important question you can ask yourself, and I encourage you to do it on a regular basis. The flaw most high achievers have is that they constantly add things to their plate, and rarely “prune the bushes.” The creates two important problems:

With the time, attention and resources freed up from your “stop doing” list; take a look at your activities over the last year. Figure out which ones are working, and make a plan to do more of them.

There are some things you are required to do, but they don’t really contribute to your success. Make a list of those and strive to do less of them. Find ways to delegate the function, or just stop doing them and see if anyone notices.

I used to work with a sales rep for a major financial services firm. He realized he was spending 35% of his time doing things that did not contribute to success. There was no one in his firm who he could delegate things to (after all, he was just “a salesperson”), so he took it upon himself to hire his own assistant. He was able to double his production, increase his income by 150%, which after accounting for his expense, still more than doubled his net income.

This is the most overused planning question. The easiest thing to do is to come up with a list of things you or your company should start doing. Rarely is that the basis for success.

Sure, they are new things you need to do. With the time you’ve freed up from your “stop doing” list, you can add one or two initiatives. Figure out which one or two will have the most impact, and add them. Do not, however, add three.

7.  What can I do to increase my target market’s desire to talk with me?

Growing sales is not complex. It’s merely the progression of simple actions taken with focus and discipline. Answer these seven questions, and focus on them for the next year and you’ll be able to look back, knowing that 2014 beat your expectations.

I know it’s hard to believe but we are already halfway through the calendar year! If you are like...

Another year…another Inbound--the largest marketing conference in the world. As the conference was...