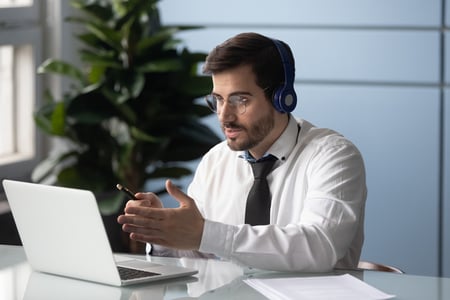 If you’re looking for insights about your business, there’s no substitute for an interview. That’s because most people love feeling helpful--and if they get to talk about themselves in the process, all the better. Interviews can help you gain insight you wouldn’t have access to via an email or a survey. That’s because people are more willing to talk about the emotions that drive their behaviors.

Yet many people feel apprehensive about conducting customer interviews. They’re often afraid they’ll say something “wrong” and alienate a valuable client or, if they’re in a non-technical position, they’ll reveal ignorance about the customer’s industry. While I always advise prepping and having a good list of questions, those fears are usually unfounded. After all, the beauty of a customer interview is that you’re essentially reverse-engineering a sale, finding out what went right and what could have been done better.

One final note before we launch into interviewing tips: If you’re having customer interviews, it’s likely that you’re trying to solve a problem and have a theory about the root cause. That’s totally natural! You should allow your theory to direct your questions, but you can’t allow it to govern your interview. In other words, don’t be thrown if you find that your take isn’t correct during the interview. If the interview takes an unexpected turn, that actually shows how valuable the interview is proving to be!

With that in mind, here are seven tips to help you conduct successful customer interviews:

I’m a fan of initially sending an email laying out the request, what you expect to address, and how long it will take, because people are busy and it helps them remember what an interview is about. (I also recommend putting all this information in the final calendar invite, but some people look at those and others just don’t.) However, if you’re more comfortable picking up the phone to make the request and laying it all out in a separate pre-interview call, go for it. Just be sure people aren’t going into the interview totally cold; in my experience, it helps to have general guidance in advance; thoughts percolate in people’s subconsciousness and you get better information.

2. Focus on a specific problem or issue

Yeah, I know--this one seems obvious. And it is, but sometimes, it can be hard to zero in on just one overarching issue. Since you have a specific interview window, it’s important to use your time wisely. That means going into interviews with a very clear goal, like shortening your sales cycle or gaining a better understanding of why you lose customers after the first year. Know exactly what insight you’re going for and focus your questions accordingly. 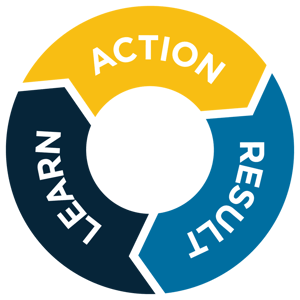 We at Imagine are big into hypotheses. (In fact, we wrote a blog about how to do them well.) So we recommend having a working hypothesis you explore during your interviews--but to do this properly, you’ll have to discard your confirmation bias. In other words, you can’t be too invested in being right, which is a tendency most of us have. (I’m definitely guilty at times!) I mention this because it’s not uncommon to be initially taken aback if interviews give you insights you weren’t anticipating. That’s totally natural, but it’s important to remember that learning something new is the point of the interview. As an interviewer, try not to be too invested in being “right”; instead, be invested in ferreting out answers that will help your business and lead to a solution.

I once asked a good friend of mine, who is a very successful reporter, for her best interviewing advice. She said, “Don’t rush to fill pauses. People want to fill silence and they’ll tell you things they wouldn’t otherwise.” I like to put people at ease, and sometimes, I want to jump in when there’s a silence. I’ve learned that, often, if I stay quiet a beat or two longer than I would otherwise, the people I’m interviewing keep going.

You should know going into an interview which questions are crucial--not only because that will mean you won’t miss anything, but it also gives you the freedom to go off-script. If you hear something you want to explore a bit more, you can ask follow-up questions, then get back on track once you’re done. Showing genuine curiosity is often the best way to discover new things.

Some people are reluctant to conduct interviews because they think they aren’t well-versed enough in the subject; they feel intimidated. While you should obviously prep and run your questions by knowledgeable people, remember that conducting good interviews is a skill set in and of itself. Often, subject matter experts are hampered by preconceived notions that can work against fact-finding. (Remember that cognitive bias I mentioned earlier?) It can actually be helpful to be a relative newcomer because you bring a fresh perspective.

And finally, even if you’re not making the business decisions, you should draw conclusions in your notes. After all, you’re the one hearing everyone’s individual interviews and discovering the common threads. Upper management may read through the transcripts and/or listen to the recordings, but they won’t be as actively engaged as you are. Add value by pulling out commonalities in an executive summary.

Why A Focus on "Buy-In" Destroys Performance

Note to readers:  This article appeared in our monthly newsletter The Demand Creator.  It elicited...

USA Today published an interview with Corning CEO, Wendell Weeks.  It is truly a profound interview...

Recently, I've gotten a number of questions from clients and others about effective social media....