The Top 7 Data Migration Mistakes (and How to Avoid Them) 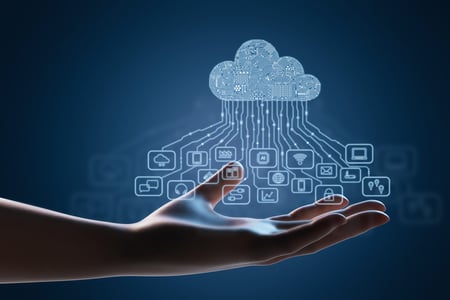 A lot of clients come to us asking for a “clean database.” After all, whether you’re migrating over your database or building one from scratch, that seems like a worthy goal. And it may well be, but it’s important to understand that a perfectly clean database might not be the best use of your time and resources.

That might seem like a gasp-inducing statement from someone who works with data for a living, but it’s true. As Doug, Imagine’s founder and CEO, likes to ask, “Is the juice worth the squeeze?” That’s a crucial question to ask during any data migration.

Of course, if your data has serious issues, that’s another story. However, in our experience, most databases are just too cluttered or, worse, aren’t prioritized for the end goals.

So, that’s why I’m going to make a controversial statement: Your time and effort is better spent thinking about what you want to accomplish with your migration and your data, rather than halting everything until your data is scrubbed clean as a whistle.

Still not convinced? I’d like to share the biggest database mistakes, followed by the way we at Imagine approach a migration, initial build, or a clean-up.

Here are the top 7 migration mistakes we see:

1. Not defining the “job to be done” - Before you even touch your data, you need to first understand what you need your database to do. Are you using the database for reporting? Outreach? Marketing campaigns? Believe it or not, many companies don’t have a clear grasp of their data goals and intended usage. Until you do, don’t alter your database—even if it’s really tempting to “clean things up.”

2. Prioritizing the wrong things - We’ve had clients who don’t want to migrate data until it’s absolutely clean, even though they are migrating to solve serious issues that will remain unsolved as long as they remain in their former platform. Unless there’s a serious problem with your data—which is rare—it’s best to migrate it over and continue using the same data you always have. Once you are clear about what you want to accomplish, you can scrub your database accordingly.

3. Fear of the status quo - Everyone wants clean data because it’s a tangible goal that sounds impressive. That’s why clients often feel as though they’re losing something if the database isn’t perfect. However, your current, non-migrated database is working—even if it’s not perfect—and clients need to realize that maintaining the status quo isn’t a loss, especially if you create a plan to tackle the data in the new platform.

4. A lack of understanding that “clean” is elusive - As parents of small children know, “clean” is an elusive and temporary state. In contrast, most people overseeing a database believe that once the data’s clean, it will stay clean. Databases are only “perfect” until someone touches them—and that tends to happen almost immediately.  To prevent that, some companies swing so far to the other extreme that they actually end up hindering their employees. At Imagine, we talk a lot about how agency is crucial for success; if you lock down your data or have overly onerous requirements (for example, entering a required 20 fields) to update a record, you’re taking away your team’s agency.

5. Keeping too much crap - One of the most common mistakes is too many extraneous records. Again, this loops back to defining the “job to be done.” Many companies work hard on growing their list because it’s a quantifiable goal. However, if you can’t easily identify and filter pertinent accounts and/or contacts, all those records will make it harder to accomplish your goals. To use another of Doug’s favorite sayings, it’s really about being able to find the signal through the noise.

6. Fear of missing out (FOMO) - Database FOMO is real—and paralyzing. It can manifest in different forms. We’ve already talked about the fear of migrating your list if the data isn’t perfect; even though the status quo is workable, companies feel like they’re missing out on a “better” scenario. It’s also scary to cut records, because there is a fear of losing potential sales—even though your sales team’s time is better spent focusing in on the people who are a good fit for your business.

7. Fear of uncertainty - We’ve already touched on this a bit, but dealing with a living, breathing database—and marketing and sales in general—is dealing with uncertainty. For example, when you send an email out into the ether, you’re testing hypotheses. It’s important to remember that successful business requires a growth mindset, and the beauty of everything being digital means it’s easy to course-correct if you need to.

Now that you know the top mistakes, you might be wondering how to tackle a data migration in a productive way. I can offer three tips, based on my experience with Imagine clients:

1. Determine the database’s job: If you’ve made it this far in this blog, you’re probably not shocked by this tip. This sounds easy, but is probably the hardest part to do correctly. That’s because you’re forced to really focus on what you need. That often triggers the FOMO we talked about earlier. Make a list of all the things you want the database to do and stick to it.

2. Prioritize that list of jobs - What are the most important jobs? You might have a list of 100 things you want to accomplish, but it’s unlikely you’re going to do all of them. How can you set yourself up for success by prioritizing the most important goals?

3. Remember why you’re migrating your data - You’re not migrating platforms simply to clean your database (and if you are, we have to have a heart-to-heart chat). You’re migrating for other reasons, which are probably timely, and you holding things up just because you want a perfectly clean database is likely not in your best interest.

I hope this gave you some perspective on database migration, from someone who has done too many to count. If you’re thinking about migrating to a new platform, I urge you to do what we at Imagine call “blue work” ahead of time to be sure your priorities are set and your migration goes as smoothly as possible.

Much has been written about the changing nature of buyers and the buying process. We’ve written...

A long time ago, in a galaxy far, far away, I was a marketer in the engineering consulting...

Salesforce vs. HubSpot: 3 Reasons Why Mid-Market Is Choosing HubSpot

It was just over five years ago that HubSpot introduced their CRM, designed to work seamlessly with...