5 Tips to Re-engage a Stalled Sale 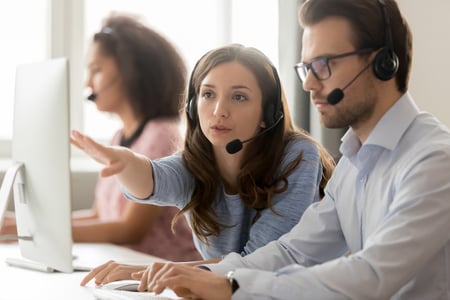 It’s probably the most frustrating thing that happens to salespeople, and for many salespeople, it happens too frequently. The prospect “goes dark.” The sales opportunity seems to go from having a high momentum level to completely inert in a blink.

It’s an emotionally fraught time for both the sales rep and the sales executive. Most people are familiar with the sales adage that “time kills all deals,” and when a sale stalls, the ticking of the clock feels like it’s moved into hyper-drive.

For me, when an opportunity stalls, I feel like I’m stuck in a Stephen King-type story. My imagination runs wild, and if I’m not careful, I allow assumptions to be treated as reality.

The truth is that sales opportunities are going to stall. The most recent data that I’ve seen on this subject shows that 40% of buying processes end in “no decision.” It’s why you must have a plan for managing an opportunity when it does stall. You must be paying attention to the warning signs that present themselves.

Understand that the work you do before a stall has the most significant leverage to getting it unstuck. With a solid plan and a robust sales process, you’ll experience success using the five tactics below:

The most potent tactic begins before any problems occur. If you’re involved in a complex sale with multiple influencers, you should strive to get an executive sponsorship agreement early in your sales engagements.

There are several approaches to such an agreement. You’ll want to ensure that yours includes the following attributes:

One of the most common causes of a stall is pushing the sales process too far, too fast. This mistake is magnified when the sales rep only connects with one or two people in the prospect’s organization. Candidly, if this describes your stalled opportunity, you’re not going to have much influence to “un-stall” it.

However, if you “slow down the sales process to shorten the sales cycle,” you’ll gain two significant benefits:

In today’s organizations, the final approval for a sale is made by someone who often doesn’t have direct responsibility for the impacted department. This means that they don’t live with the problem. Many of the salespeople that I’ve coached have been able to close sales where others couldn’t because they got those who reported to the senior executive to push it forward during a stall.

3. Create a short video highlighting the importance of connecting.

One of the great uses of video is delivering a highly targeted, rich message to target contacts you may not be able to talk with directly. Using video to deliver the message you’re unable to deliver because your targeted contacts aren’t responding is typically quite useful.

When a deal stalls, it’s important to remember that this does not necessarily mean that your prospect isn’t interested in moving forward (though it typically feels that way). More often than not, a prospect doesn’t respond because they don’t have anything relevant to share or because something else has taken priority. Using video to deliver valuable insights can maintain a connection.

4. Add someone from your side to the discussion.

This was one of my favorite tactics. When a contact went dark on me, I would enroll a senior executive, subject-matter expert, or even another customer to join me. I’d then reach out to my stalled prospect, sharing that I’d like to introduce someone I thought would have a relevant and helpful point-of-view.

5. Break it up and start over.

The worst thing you can do when an opportunity stalls is to keep pushing when you’re not getting any response. As my dad liked to say to me, “It’s like trying to teach a pig how to sing; it doesn’t work, and you end up annoying the pig.” In addition, it makes you look like a peddler instead of a sales rep, which reduces your credibility for anything you try to do in the future.

If the prospect isn’t responding, send a break-up email, and restart your sales process (either with that prospect or someone new), using the knowledge you’ve gained.

Opportunities stalling are an unfortunate part of a salesperson’s experience. If you go into opportunities with a healthy plan and prepare for common obstacles, you’ll find they happen less, and when they do occur, you’ll be in a strong position to manage them. And, remember, at a certain point, it may make sense to abandon a prospect to redirect your time to a spot where it will better pay off. But to be sure you've given a prospect a fighting chance, try these five tips before moving on.

Solutions, Solutions Everywhere – But No Value To Be Found

I seem to be ranting a lot lately about words and phrases that drive me crazy. Forgive me, but I’m...

There is still time to register for Wednesday's webinar, The 7 Steps to Shortening The Sales...

The Single Step to Double Your Closing Impact

I remember it like yesterday. There were 600 people in the crowd, and I was center-stage where...