3 Questions that Create Buyer Urgency in Every Sale 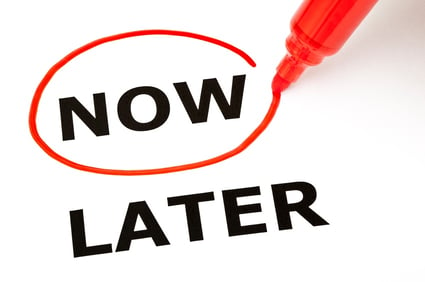 I regularly caution salespeople and executives that “prospects buy on their time, not yours.” Too often salespeople try to rush a sale or skip steps because they want the sale, and in the process destroy the opportunity.

While this can be is very frustrating, it doesn’t mean that salespeople are helpless in the situation. While it’s damaging to push the sale too hard, it’s equally negative to manage the process without a lack of urgency.

When I first got into sales, an early manager taught me that I had to have enough confidence in what I was recommending to make up for any lack of confidence the prospect may be experiencing. The same is true with urgency. If the seller lacks urgency, the likelihood of a successful outcome dissipates precipitously.

The reality is that an effective salesperson has many tools in her arsenal that create prospect urgency and shorten the sales cycle. 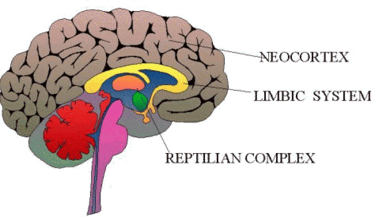 While I realize that this description is causing brain scientists to cringe, it’s sufficient for understanding how our prospects’ brains work when involved in a selling/buying situation. The key take away is that if you want to influence the timing of a decision you must be able to clearly demonstrate and communicate direct impact. Furthermore, the size of the impact will govern how urgent the prospect is in responding to anything.

I regularly dealt with this problem when I worked as a financial advisor. A client expresses concern about making a change to the investment portfolio they had, fearing that change meant risk. I reminded them that the status quo was actually a mirage and didn’t exist. I taught them that the reality was that every day they made a buy/sell decision. When they woke up and thought, “I’m not going to sell these investments today,” they were actually saying, “Today, I’m going to take all of my money and buy the exact same investments that I bought yesterday.”

The same is true in any sales situation. Every day a prospect doesn’t make a decision to change something, they are, in essence making an active decision to do what they’ve done; if you’re not selling, you’re buying.

When a prospect is not acting with the appropriate urgency it is the salesperson’s job to help the prospect connect the dots. The mistake that salespeople commonly make is that they try to tell their way to urgency; and that, as my grandfather used to say, is like trying to teach a pig to sing...it doesn’t work and you annoy the pig.

The issue at hand is that a decision-maker or decision-influencer doesn’t perceive the issue to have enough impact (not enough consequence) so they ignore it or think about it (the issue is stuck in the neocortex). Our job is to get the issue from the neocortex into the reptilian brain; and we do this by asking questions that lead the prospect to make that connection themselves.

Too often prospects think of and talk about problems from a conceptual standpoint. They know they’re not satisfied with something, but they have figured out what it is that they’re not satisfied with, and more importantly, the impact of addressing the issues. The questions you need to be asking are ones that turn concepts (which anchor in the neocortex) into concrete, measurable impacts (which anchor in the reptilian complex).

Here are my three go to questions to ensure that I’m anchored in the reptilian brain:

1. How is this issue impacting your business?

Be sure your prospect is specific. Why is this a problem?  Where is it showing itself?  What important metrics is it impacting?

If your prospect can’t quantify the problem, they certainly won’t be able to quantify the value of a solution, and that leads to a lack of urgency.

2. What else isn’t working or what are you unable to do because of this problem/If this problem were solved, what else would you be able to do?

This is actually my absolute favorite question to ask. It’s closely related to the first question, but where the first question deals with the direct impact, this addresses the indirect and, more powerfully, the opportunity costs.

One of my early business coaches used to tell me that “everything affects everything.”  He was teaching me that while I might not think an issue was important, when I understood how the issue was impacting the things I thought were important, the issue would get totally reframed.

This is the most powerful question (after you’ve set it up by getting a good answer to the first question) to help a prospect realize that what they believe is a small issue is actually rather large.

3. What would the impact of that be?

Lastly, if the urgency hasn’t emerged (and if often does following the second question), I work with the prospect to help them quantify the value and impact of the solution we’re discussing.

The simplest way to create urgency is to get your prospect to clearly understand the cost of their problem, and the impact of your solution. If those two items are clear and the prospect doesn’t demonstrate urgency, as a salesperson you should move on to someone who is dealing with a bigger problem.

Over the last month, we have written several posts about content. In Doug’s post, Five Questions to...

Recently, I’ve heard a lot more conversation about demand generation and lead generation than I...

Are you Implementing a Digital, Content or Inbound Marketing Approach?

Over the past couple of weeks, I’ve had the opportunity to spend time with family and friends that...